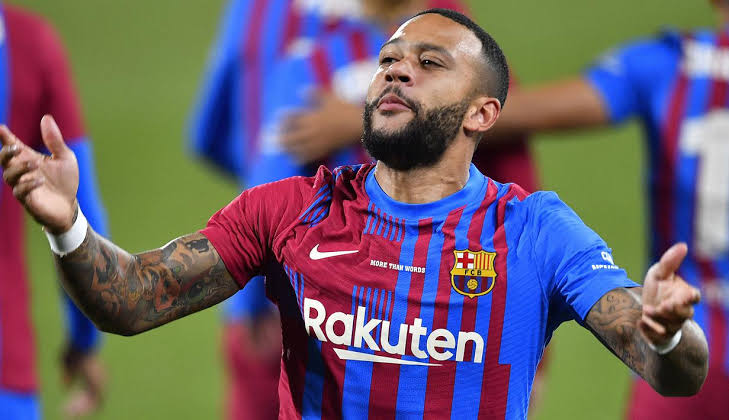 Memphis Depay signed for Barcelona from Lyon in July and is settling well at the Catalan club.

“I want to show how ambitious I am on the pitch,” Depay said as quoted by the Barcelona website. “I never have numbers in my head, I just try to score a lot of goals and give assists. Personally, I think it will be a good season, but it will be for the team too.”

Depay and Barcelona’s coach Ronald Koeman have previously worked together when the latter was manager of the Dutch national team from 2018 to 2020. Depay expressed admiration for his countryman and says he hopes to repay the confidence that’s been reposed in him with hard work.

“I know Koeman very well because we were together in the Dutch national team. I believe in his philosophy and way of playing,” the 27-year-old said. “I feel confident. I have a coach who gives me a lot of freedom and confidence.

“He expects a lot from me and I’ll pay back that confidence with hard work. I work very well with Koeman and the whole squad respects him because he’s a historic figure.”

Zaha explains why he moans on the pitch
VIDEOS: Lens-Lille derby delayed due to crowd furor as Ligue 1 suffers latest episode of fan violence
Change Language »