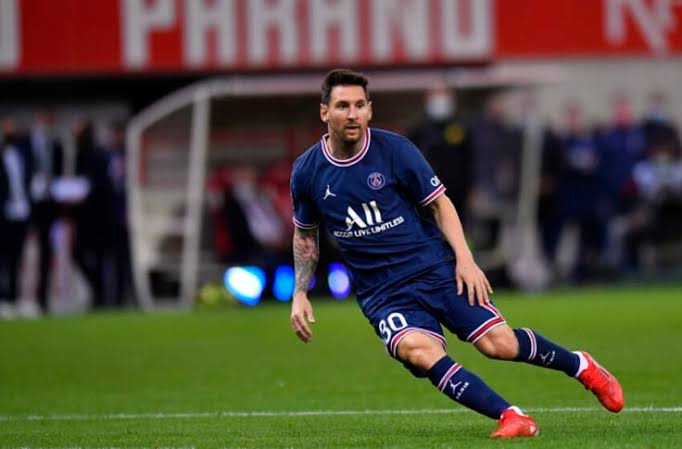 Lionel Messi made his Champions League debut for Paris Saint-Germain in their 1–1 draw with Club Brugge at the Jan Braydel Stadium on Wednesday night.

Messi, who scored 120 goals in the Champions League for Barcelona, hit the woodwork as PSG sought an advantage. The 2020 runners-up failed to find the breakthrough and had to settle for a point away from home.

Elsewhere in England, it rained goals as Manchester City and RB Leipzig produced a nine-goal thriller with City winning 6-3. At Anfield, Liverpool edged AC Milan 3–2, thanks to goals from Mohamed Salah and Jordan Henderson.

In other matches on the night, Ajax trashed Sporting CP 5-1, while Atletico Madrid and Porto played out a goalless draw.