Hamilton inches away from serious tragedy after collision with Verstappen 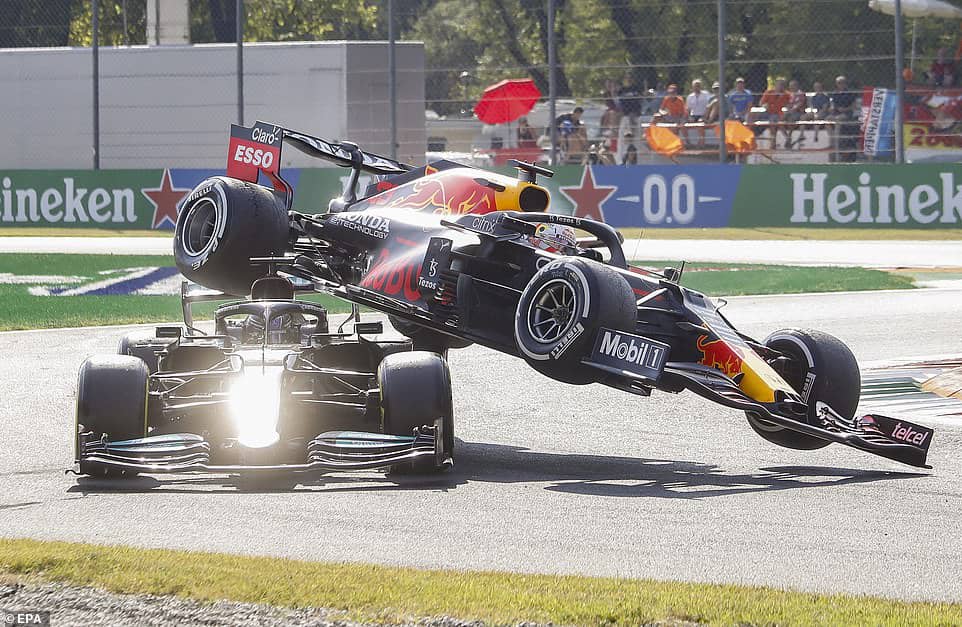 British Formula One star Lewis Hamilton was inches from tragedy at the Italian Grand Prix after title rival Max Verstappen’s car flew over his head after they took each other out of the race.

Red Bull’s Verstappen flipped up beside Hamilton as the pair battled for position, the rear of Verstappen’s car landing on Hamilton’s Mercedes, the halo head protection device possibly saving the seven-time champion from injury.

The Briton was almost certainly saved from serious injury by the Halo safety device, a titanium bar placed above the driver’s head that has been mandatory in Formula One since 2018.

The Red Bull went nose-first into the gravel with both drivers emerging from the carnage unscathed in the latest dramatic twist in an increasingly heated world championship duel.

The two drivers both accused the other of being in the wrong after the race, with Hamilton saying Verstappen ‘knew what was going to happen, but he still did it.’

Verstappen responded by saying he had ‘nowhere to go’ and blamed Hamilton for not giving him the room he needed to make the corner.

Villas-Boas To Race At The World Rally Championship In Portugal
“The halo saved my life,” Hamilton says after crash at Italian Grand Prix
Change Language »