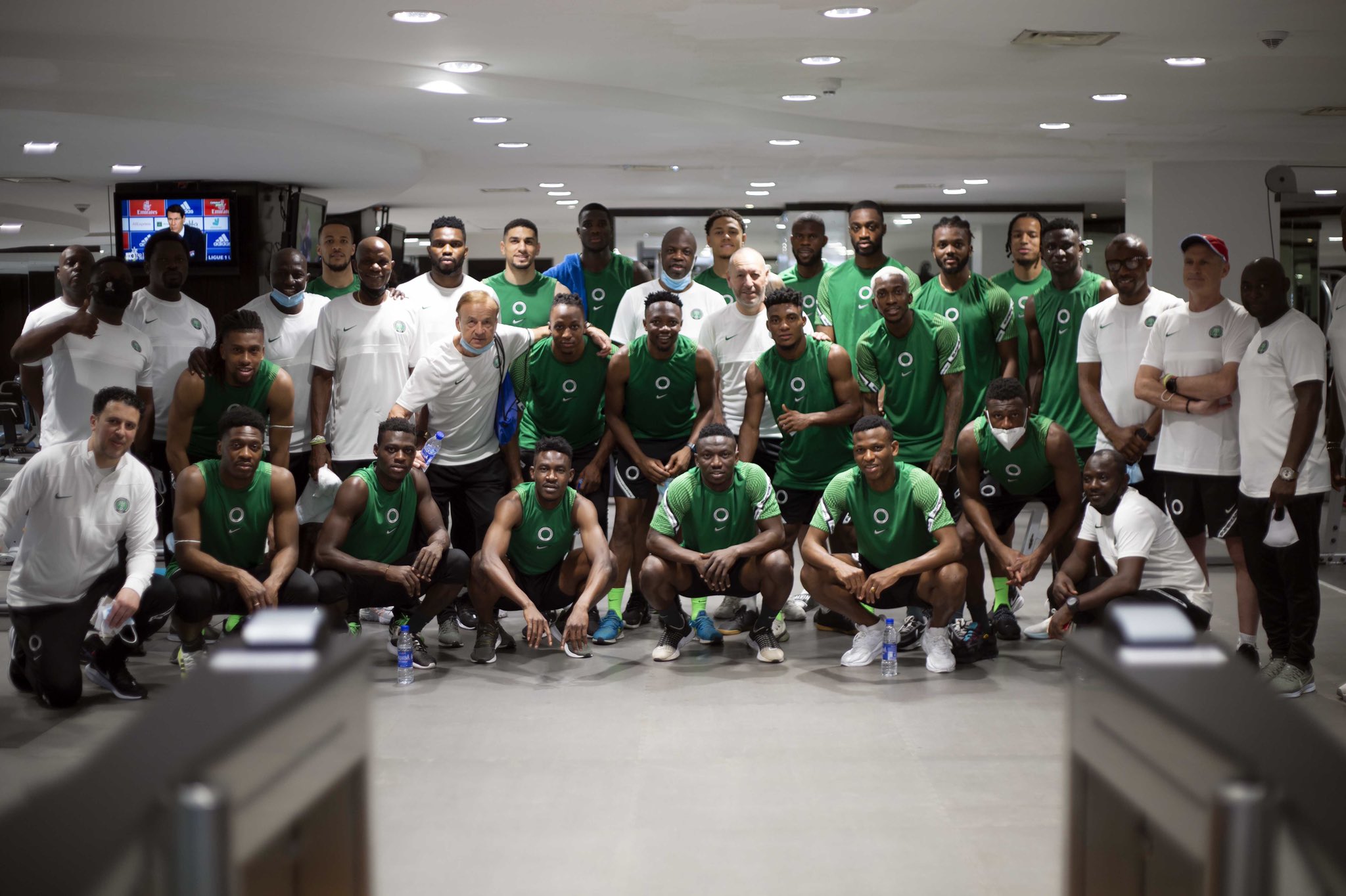 The Super Eagles camp at the Eko Hotels and Suites for the upcoming AFCON qualifier games against Lesotho and Benin Republic is almost at full house with all except Leicester City’s Kelechi Iheanacho having arrived.

Nigeria are top of Group L with eight points, one better than the Squirrels of Benin Republic who the Super Eagles will play away at Porto Novo on Saturday before hosting Lesotho in Lagos, first time in 10years.

Nigeria and Benin could qualify for the tournament before kicking a ball on Saturday if Sierra Leone fails to pick all three maximum points but Rohr assured Nigerians they would approach the game wanting three points regardless of the other game’s result.

“We are keen to restore a winning mentality to the group ahead of very crucial matches that we have ahead. It is important that we earn victories in the upcoming matches so that we get into our paces for the FIFA World Cup qualifiers. There will be tough games to come and we need to be raring to go.” Rohr told Super Eagles TV.

The Super Eagles will travel by waterways to Porto Novo on Friday morning, and will stay the night in the Beninoise capital, Cotonou before moving to Porto Novo on Saturday for the game. The contingent will return to Cotonou after the game and travel back to Lagos on Sunday morning.

The Eagles have Cape Verde, Liberia and Central Africa Republic to battle in the 2022 FIFA World Cup race, with only the winner heading to the final knockout series in November. Liberia’s Lone Star will be the Eagles’ first opponents in that race, at home, before a trip to Bangui.

NPFL players invitation not accidental, I was prepared, says Rohr
A dark cloud has developed inside of me, says Cesare Prandelli as he resigns as Fiorentina coach
Change Language »