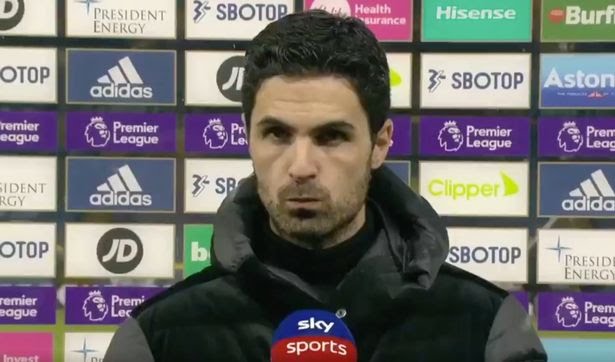 Arsenal boss Mikel Arteta has bemoaned his team’s lack of ruthlessness in front of goal after his team fired blanks again for the fourth time in their last five Premier League games.

The Gunners endured a hard time against the high intensity Marcelo Biesla Leeds United on Sunday, the match ended in a goalless draw but it was the host who threatened the goal the most hitting the woodwork a couple of times in the evening fixture at Elland Road.

Arsenal lost Willian and Bukayo Saka to injuries and had Nicolas Pepe sent off for an “unacceptable” behavior according to Arteta who spoke of his concerns over the team’s lack of goals after the game.

“It worries me obviously because we need goals and we need a lot of goals to win football matches and to be the top team that we want to be – without that it’s impossible.

“It doesn’t matter how good we are defensively. It’s not a lack of attacking players that we have, because we have attacking players on the pitch all the time, but we need some moments where we have to make decisions earlier, better and they have to be more ruthless.

“But it’s the most difficult thing in football and sometimes we go through these patches and we have to overcome them and I have to help the players to do it as quick as possible.” he said after the game.

Arsenal have scored nine goals in as many Premier League games this season. Their last game in November would see them host Wolves before the busy December schedule where they would play top teams like London rivals Tottenham and Chelsea amongst other difficult schedules.