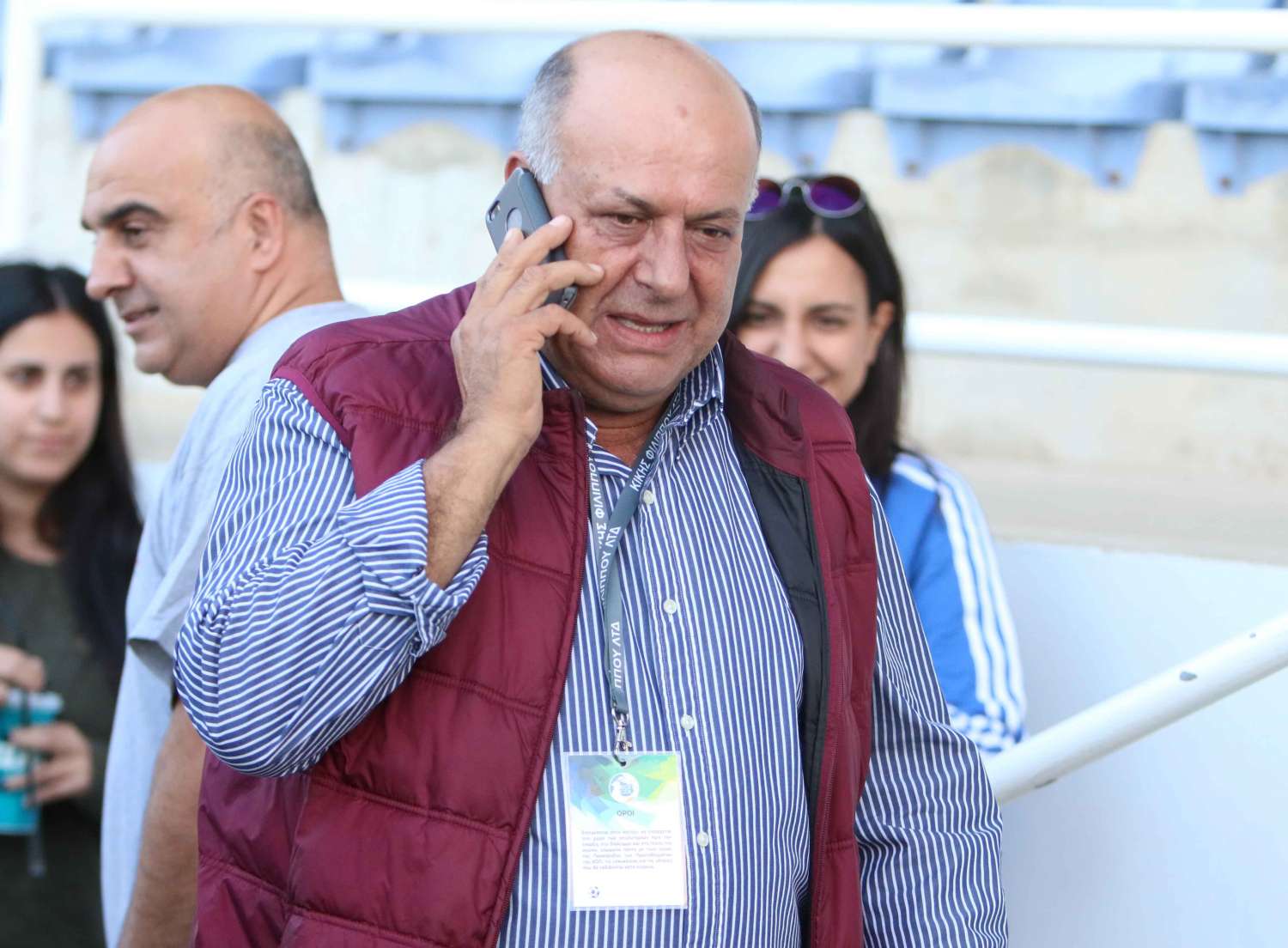 Achna, an abandoned village in Northern Cyprus houses one of the finest stories I’ve heard in a long time. Abandoned after the Turkish invasion of 1974, inhabitants of the village found a home again beside the destroyed structures and this time, they named it Dasaki Achna. Inhabiting just about 2,100 people, it has the heart of the village sitting on its soils and I saw that heart and perhaps, felt with it.

I sat with an old couple, Kikis Phillipou and his wife on their daughter’s birthday. They live in such a palatial residence, a mansion and we spoke about their beginning, their dream, Achna and football.

The passion of the round leather game is unquantifiable, it flows deep, and explains many things about why teams give their all once they step on to the pitch. My journey through Cyprus gave me yet another fantastic sight of a team that’s hardly known, yet very progressive. Such is the joy that comes with the club that you feel the excitement in the owners’ pride, and their energetic appeal to market one of their most valuable properties in life. Ethnikos Achnas FC that plays in the Cypriot First Division, in a 7000 capacity stadium and with less than 500 fans have won a European competition before, the UEFA Intertoto Cup. The club’s owners are a couple living in a very modest town in Cyprus, Achnas.

Their unrivalled passion for football has seen them run the team with no identified sponsor, yet have acquired an applaudable level of success in their 30 years of running the club.

Ethnikos, founded in 1968 has been in existence for 51 years with the couple being in charge of the club for more than half of the period. Currently run by Kikis Phillipou and his family, including sons-in-law, the team’s first foreign player was a Nigerian named Ramadan in 1983. It is such a close-knit team that every member of the family has a strong attachment to the success of Ethnikos.

In my interview with Mr Phillipou and his wife, I asked them about how it has been running the club without sponsors, where they started from and where they are headed to. Mrs Phillipou, who speaks English made it a more interesting interview as he helped translate her husband’s snippets and contributions.

It involves a lot of money, efforts. He’s the only President in Cyprus that has lasted 30 years. The club is now 51 years old. Since he got the management of the team, we went to the first category from the first year and we stayed there until last year when we left the category because of poor handling by a manager. He also forgot to make a payment and we got a transfer ban for two seasons yet we lost some players. We had to resort to younger academy players to help the situation and now, we have some good, quality players that are getting ready. Things are difficult because we don’t have a lot of fans but are envied a lot from everybody in Cyprus because we are small and we stand. The best teams in Cyprus approach us to get players and they disturb our players but we are lucky because we have a lot of players that love our club. We once played in Europe in the Europa League (my research found out it is the Intertoto Cup). Our daughters (Maria and Bablina) work in the team alongside us to grow the business. Our sons also work with the team because it is a family business. One of our daughters studied Fine Arts and she helps in designing the club’s graphics for promotion.

SOURCE OF REVENUES FOR ETHNIKOS ACHNAS
There is no way we will make a profit unless we go to Europe. We need to struggle all the time, but we have TV Rights as our main source of income. Our TV rights cover half of the budget. Our supporters help us out, and we have on-the-pitch advertisements and also sell season cards and tickets to fans. We have just over 300 fans but we are working to get fans around from other areas around, maybe 100 or 200 of them. Selling players was also a way we raised income in the past. We sell players from our academies who became very successful. They played in the Greek league which is much more better than the Cypriot league. Our coach now is local, he’s from Atnas, and he is an ex-football player who played in PAOK Salonika in Greece. For example, Ilyas Ned has joined us from PAOK Salonika on loan. He is well known in Salonika and he is a very respected figure, he is a star there.

Our first vision has always been to keep our boys in the village away from crime, well there is not so much crime here in Cyprus, I am talking of vices like drugs, alcoholism and bikes etc. Another very important thing about the team is because Kikkis (Phillipou) played for the team and wants to keep the heritage of the team intact.

DEALING WITH PLAYERS’ SALARIES
There was a time of financial crisis in Europe in 2015, at that period, we were the main support of the team financially because we faced some difficulties but things have gotten better now and nobody in Cyprus can say we owe him one Euro, we are debt-free. We have been up to date. Our players get their salaries before the 30th of each month. They get it 25th, 26th, 27th, and sometimes 28th. We are into sports business and our team has a President that is fully in the business and doesn’t get a salary.

THE DRIVE, THE DESIRE, THE PASSION
I must tell you are travelling around the world at the right age because you will see and learn a lot. We have no other option, we get tired of doing it at times but we love it. We love what we do. The first player we brought here as a foreigner was a Nigerian. His name is Ramadan and he played for us 36 years ago. He played for us in 1983.

OWNING A FEMALE TEAM
We are trying to have a female team. The stadium is owned by us, we built it by ourselves. It is owned by Ethnikos, the team and the people of Atnas. One of our son inlaw produces his own gloves, MB Goalkeeper gloves and Bablina, his wife, our daughter makes the designs of the gloves. He is the first choice goalkeeper and captain of our team.

LOOKING AT OTHER SOURCES

We had a wedding recently and it was beautiful. So we intend to make some money through events hosting and organising. We also help in the distribution of sanitary pads and floor coverings to hotels, houses, all around Europe. We watch all the games because we live football. We don’t want loans because it causes problems. For 30 years, we’ve been in the first division and we got relegated to the second division and came back after just a year.

LONGEST SERVING PLAYER IN EUROPE IS IN ETHNIKOS

We want to go to Europe anytime soon. We have a player here who spent the highest number of years in a team, after Totti. He has become a coach now in our team. He played for us and never left and played in the Cypriot national team.

The beauty of football was all glaring for me to see and it is one journey I’ll like to embark upon again. It was soothing, refreshing and heartwarming to see people modestly building a life and what may be the future in years to come.