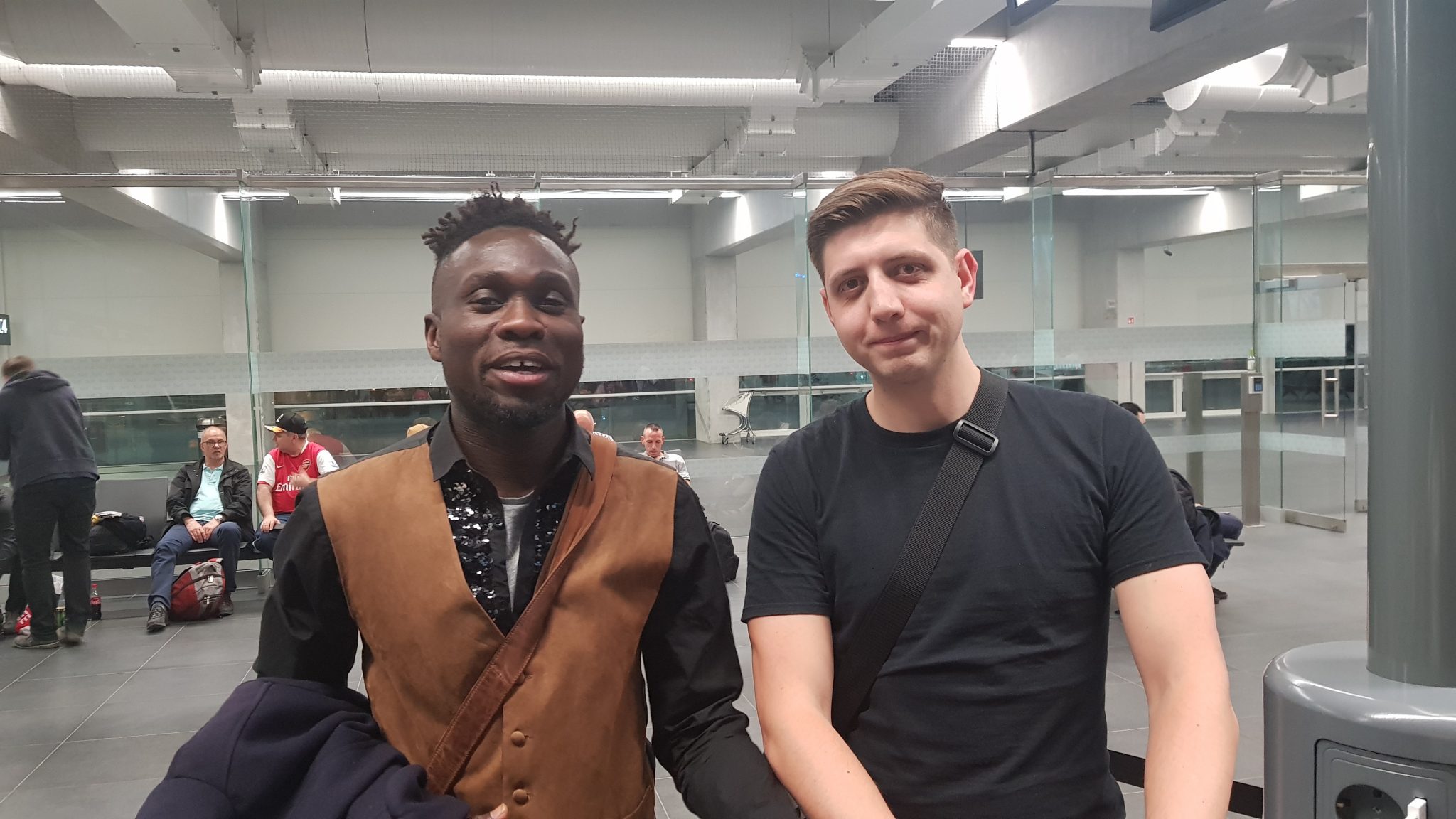 Football rivalry is age-long, fierce, and fans don’t care about the sacrifices they make to ensure that the opposition team does not attain a bragging right.

In all my years of journalism, speaking with players and fans of clubs who are staunch rivals, maybe this stands high on the list of a desire for the other team’s failure. If this fan would get it, or not, only time will tell.

It has been a torrid past few days as I prosecute my journey to Baku, the Azerbaijani capital for the final of the Europa League. It is a London derby, and one faraway from the London eye. But the love of the game, and the mouthwatering fixture it is has ensured that I MUST defy the odds to make this all-important trip.

An Arsenal-Chelsea fixture is special in every ramification, and one in Europe is even more adorable.

I’d met this fan in Budapest, the Hungarian capital, and we had a conversation. In our chat, he explained his almost horrendous ordeal to me, just to support Arsenal. What a fan can do for the love of his team!

He said after he’d waited, and slept on an airport bench for 13 hours in Debreceni, a Hungarian city known for its local team, FC Debreceni, he had to board a train for 2-and-a-half hours to Budapest. This was unplanned for, he revealed.

The fan said his initial plan was to board a plane to Moscow from Debreceni, where he will connect a direct flight to Azerbaijan, only to be told that he’d need a Russian Visa, hence he had to spend an extra £200 at the Hungarian city for a direct trip to Baku from Budapest. This was in addition to the £540 he had spent to get to Hungary. Huge! I must say.

Amazingly, he wasn’t distraught, nor sad, but hopeful of a Tottenham Hotspur defeat in the UEFA Champions League final. Plot twist!

I quizzed him on his feelings that UEFA placed the final in Baku and he said; ”It is a bit of a problem. One, it’s not in Europe, two; there is a political tension and one of our players, Mkhitaryan won’t be involved. We need him because Arsenal don’t have a winger and he is up there. But we understand they are trying to make it more inclusive and I quite like that they are spreading the finals, but most of the countries that play in the finals are in Western Europe. So, UEFA needs to be more flexible.”

The Blockbuster came when I asked what would be his satisfaction and joy after a long, arduous journey. Without mincing words, he said;

He further expressed his desire to see the city and stay for a few more days after the final to look at what the country has.

We exchanged pleasantries and parted ways, as we both continue our sojourn to see a potential cracker, all for the love of the game.