‘I want to enjoy the time I have left,’ Barcelona manager Koeman says 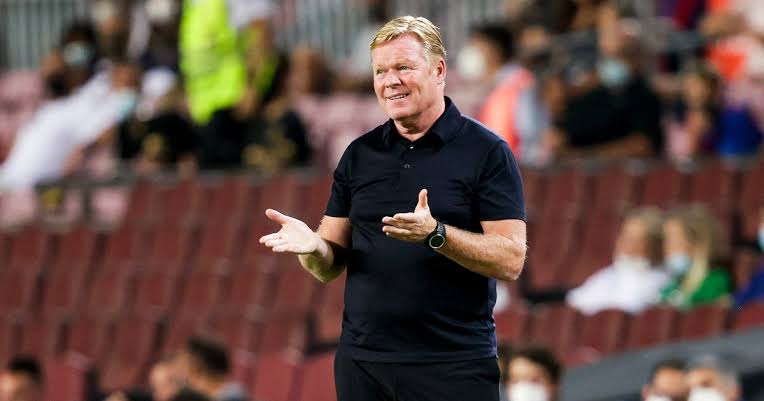 Ronald Koeman says he wants to “enjoy the time I have left” as Barcelona’s manager as he faces mounting pressure following the defeat by Real Madrid in El Clasico.

Barca were beaten 2-1 at home by their biggest rivals on Sunday, which leaves them ninth in La Liga

They travel to in-form Rayo Vallecano on Wednesday and Koeman says his side “cannot afford back-to-back losses”.

“I’m a grown up and I know how these things work,” Koeman said on Tuesday.

“I want to enjoy the time that I have left, if it is eight years, six months, one year, or some weeks. I think it’s important that we win this game in Madrid, we cannot afford back-to-back losses.”

Following the defeat on Sunday, Koeman’s car was surrounded by some Barcelona supporters, who he has since dismissed as “uneducated people”.

He added: “It is a social problem. Uneducated people that don’t understand rules and values.

“Inside the stadium the environment was completely different and that is what I keep in mind, that festive vibe, not with those kinds of people.”