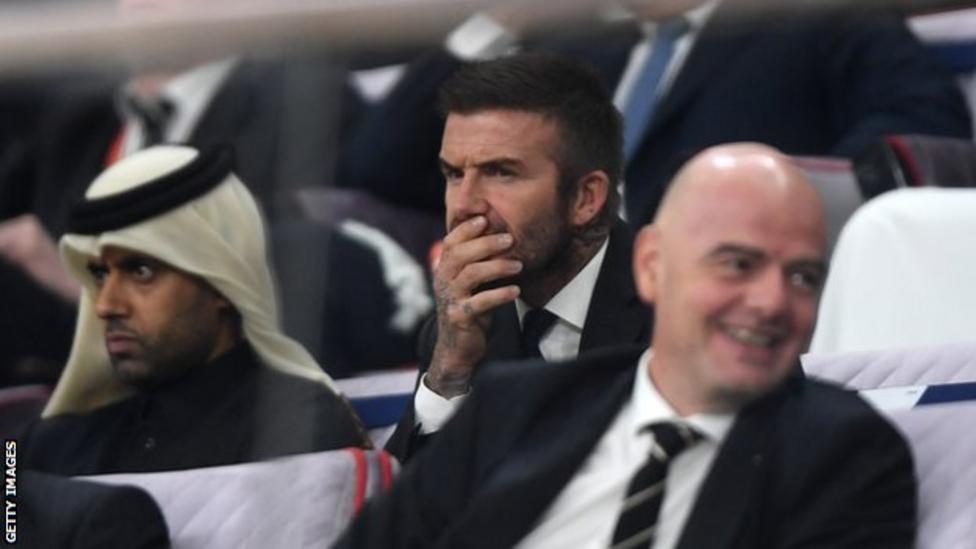 Former England captain David Beckham has been urged to speak out about the “deeply concerning” human rights situation in Qatar by Amnesty International.

Beckham signed a lucrative deal to be a 2022 Qatar World Cup ambassador.

Human rights issues in the host country have been under scrutiny since Qatar was awarded the right to host the tournament in 2010.

“Qatar’s human rights record is troubling, from the country’s longstanding mistreatment of migrant workers, to its curbs on free speech and the criminalisation of same-sex relations,” Amnesty’s Sacha Deshmukh said.

“It’s not surprising that David Beckham wants to be involved in such a major football event, but we would urge him to learn about the deeply concerning human rights situation in Qatar and be prepared to speak out about it,” he added.

Qatar has brought in migrant workers to help build the infrastructure for the wWorld Cup.

Amnesty claim “thousands” of migrant deaths have not been properly investigated.

Salah wants £500,000 a week to stay at Liverpool
‘I want to enjoy the time I have left,’ Barcelona manager Koeman says
Change Language »