‘People will talk about it in the future,’ says Klopp after dominant display at Man United 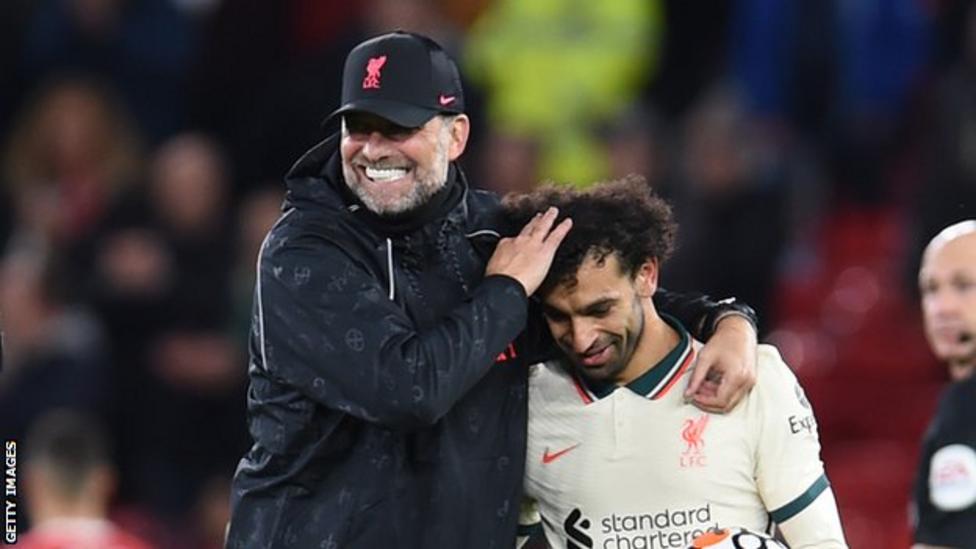 Liverpool coach Jürgen Klopp says their 5–0 victory over Manchester United in the Premier League on Sunday will be talked about in the future because “it won’t happen again in a long time, if ever.”

The win, which took Liverpool second, a point behind Chelsea, was their biggest victory at Old Trafford.

“It is a really good day – a big one. This is a little chapter in the history of the club,” said Klopp.

“People will talk about it in the future because it won’t happen again in a long time, if ever.”

Speaking to Sky Sports, Klopp added: “What can I say? Did I expect that? No.

“The result is insane. It is special but we don’t celebrate like crazy, we have respect for the opponents.

“We were lucky in some moments, United are not in their best moment.”

Meanwhile, Man United boss Solskjaer, speaking in a post-match interview, said he believes he’s getting close to what he wants with the club.

‘I am getting close to what I want,’ United boss Ole says after humiliating defeat
Salah breaks Premier League goals record for Africa
Change Language »