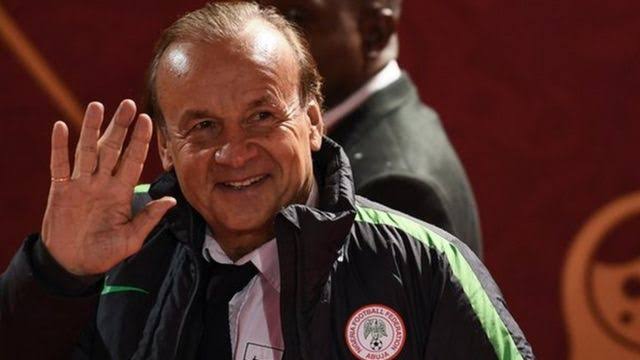 The head coach of the Nigerian national football team Gernot Rohr has disclosed that he’s been paid four months’ salary out of outstanding eight months.

Adewuyi also stated in a tweet that the President of the Nigeria Football Federation, Amaju Pinnick told him that AITEO was set to clear about seven months of owed salaries to Rohr.

However, the German manager revealed he was paid in Naira and it’s difficult to get it to Europe, where he’s based.

It was earlier reported that Rohr was last paid in February. The 68-year-old German reportedly earns $45,000 monthly.

Rohr took over from Sunday Oliseh as head coach in August 2016 and since then has led the Super Eagles to the 2018 World Cup in Russia and a third-place finish at the 2019 African Cup of Nations in Egypt.