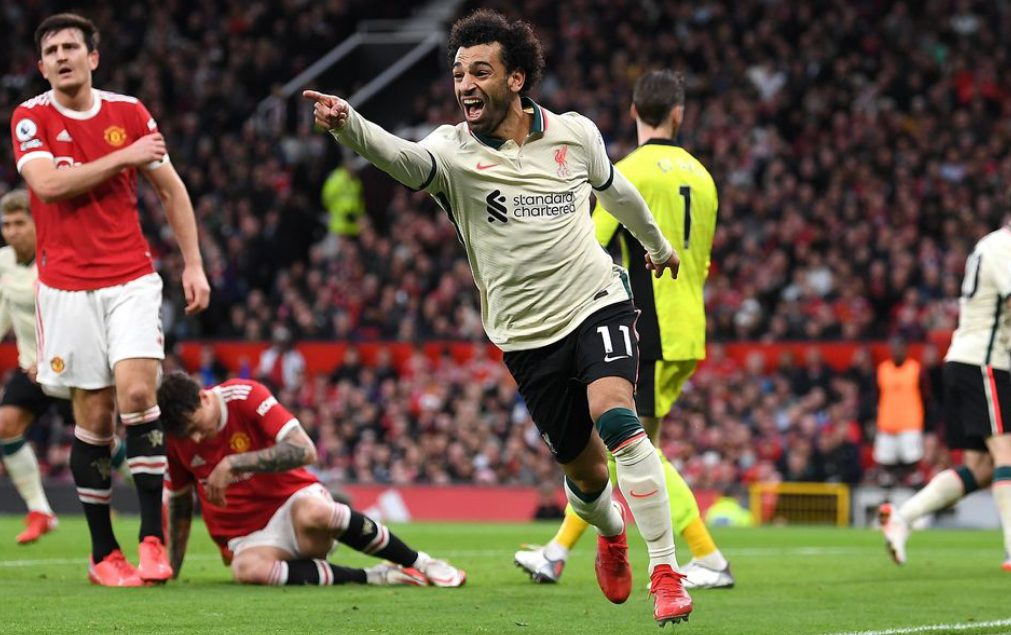 Liverpool produced a dominant performance to batter Manchester United 5–0 at Old Trafford in the Premier League on Sunday.

United have now lost three of their last four Premier League games (D1) – a result that only heaps more pressure Ole Gunnar Solskjaer – whose job now very much hangs in the balance.

Naby Keita and Diogo Jota scored inside the opening 13 minutes to give Liverpool a clear lead. Mohamed Salah then hit a brace to send the Reds 4–0 before half-time. The Egyptian would complete his hattrick in the 50th minute as Liverpool cruised to victory away from home.

Meanwhile, United were reduced to ten men in the second half after Paul Pogba – who came off the bench – was sent off for a rough challenge on Naby Keita, who got stretchered off.

The win takes Liverpool back into second on the log – just a point behind leaders Chelsea, while United are down to seventh – with 14 points from nine rounds of fixtures.