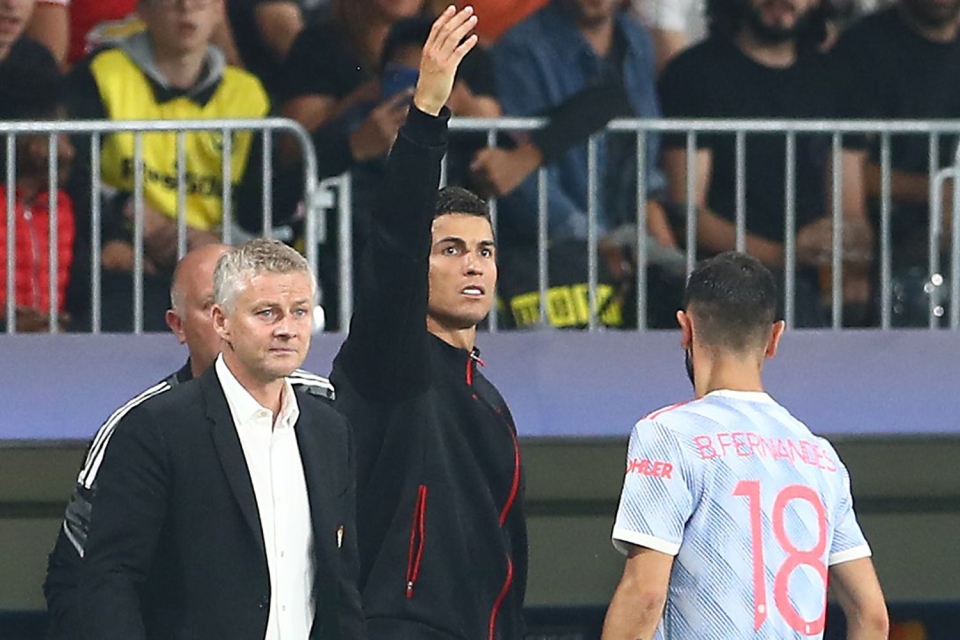 Ahead of the blockbuster showdown between Manchester United and Liverpool, United boss Ole Gunnar Solskjaer has spoken about Cristiano Ronaldo and his finishing and what the Red Devils have to do to stop Liverpool.

Speaking with SkySports, Solskjaer dismissed concerns of any pressure on his team – who have blown hot and cold this season – and instead said they are looking forward to the game.

“Big players relish these games,” Solskjaer said. “The mentality they show to be ready for Sunday after Wednesday night is fantastic.”

On Wednesday night – in the Champions League – Man United produced an epic second-half performance as they fought back from 2-0 down against Atalanta to win 3-2. Marcus Rashford and Harry Maguire scored to level matters before Ronaldo rose highest late in the half to brilliantly head the Red Devils to victory.

Solskjaer heaped praise on the great Portuguese and explained what makes the star player so good at delivering in crucial moments.

“First of all, he [Ronaldo] is fit enough to do it still. But he’s played this game 500 times before. He’s been in that situation so many times, and it’s one of them: ‘I know what [team-mate Luke Shaw] is going to do, I know where I need to be and I’m still capable of doing it’. That’s key,” Solskjaer said.

“He’s changed his position from being a wide forward into more of a box centre forward because he knows how to score a goal, he wants to score goals. When he first came, with all the tricks and the pace, he had the hunger – and he’s still got the hunger.

“He’s done what every player has to do throughout his career, you have to evolve.”

“He does the work that we want him to do for the team. Of course, the team, when you have a player like him, you’ve got to get the best out of him, but he knows he’s part of the jigsaw of that team and he’s been brilliant.”

Ronaldo has scored three goals in five league games so far for United, but on Sunday, they will come up against another incredible player – Mohamed Salah. Salah has registered seven goals and four assists in eight league games for Liverpool this term and should prove instrumental for his side again.

Solskjaer is aware of that but noted that he just needs his players to be focused and give their best.

“They will give us problems, definitely. But we need to find solutions, we need to be compact,” says Solskjaer. “But it’s in the key moments.

“Some of the goals Salah has scored lately has been pure brilliance. In the moments, the big players turn up.”

“These big games demand focus and mentality, complete focus for 90 minutes. Do your best individually for the team. If your role is up and down the line, you do that to the best of your ability.”

United are sixth on the league log – four points behind third-placed Liverpool, who are the only team yet to lose a Premier League game this season.