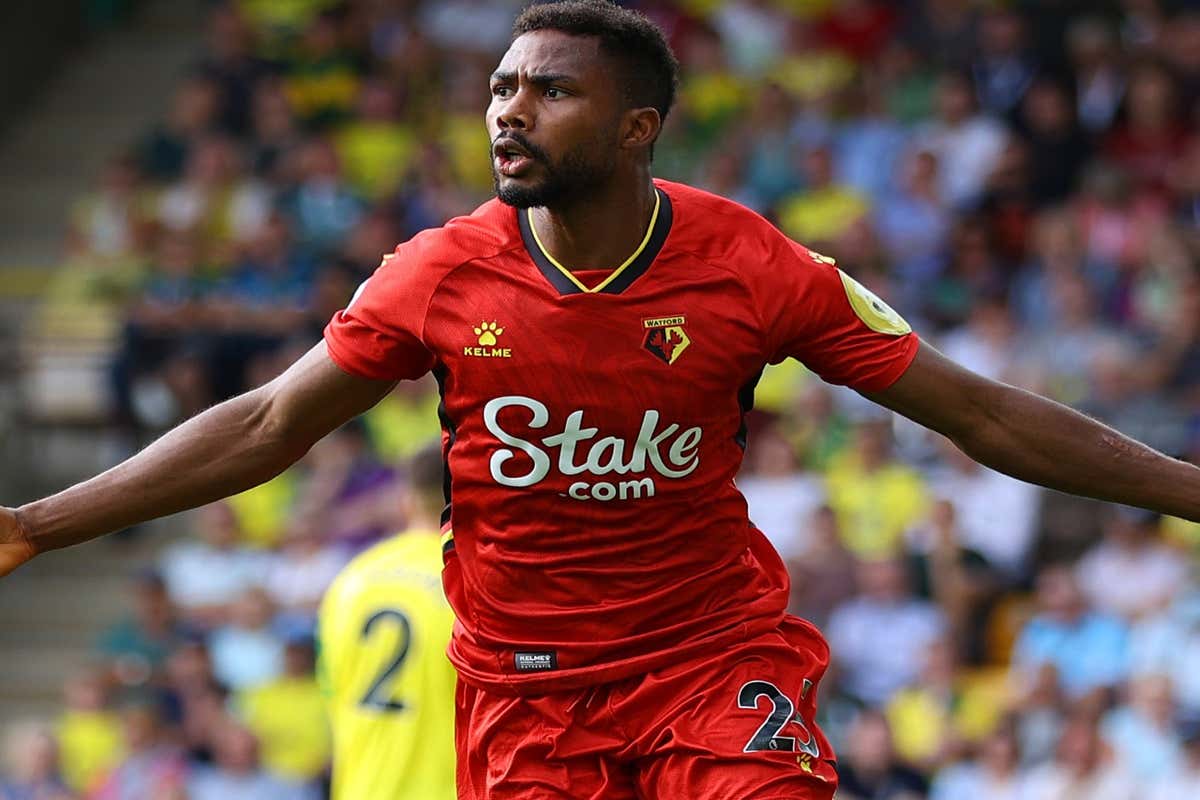 Emmanuel Dennis came on as a second-half sub and made great impact as Watford defeated Everton 5–2 at Goodison Park on Saturday.

With Everton leading 2–1, Dennis came off the bench in the 64th minute to deliver two assists and wrap up the win with a goal of his own.

Juraj Kucka had made it 2–2 in the 78th minute before Dennis assisted Joshua King to put Watford in front for the first time in the match. Dennis would turn provider again for King to make it 4–2 before hitting the fifth in stoppage time.

The 23-year-old has now registered three goals and three assists in the league this season for the Hornets, who have now moved up to 14th.

It was also Claudio Ranieri’s first win as manager of the club.

‘I was sure the goals would come,’ Ballon d’Or nominee Mount says after hattrick for Chelsea
Bayern Munich star Kimmich explains decision to not get vaccinated against Covid-19
Change Language »