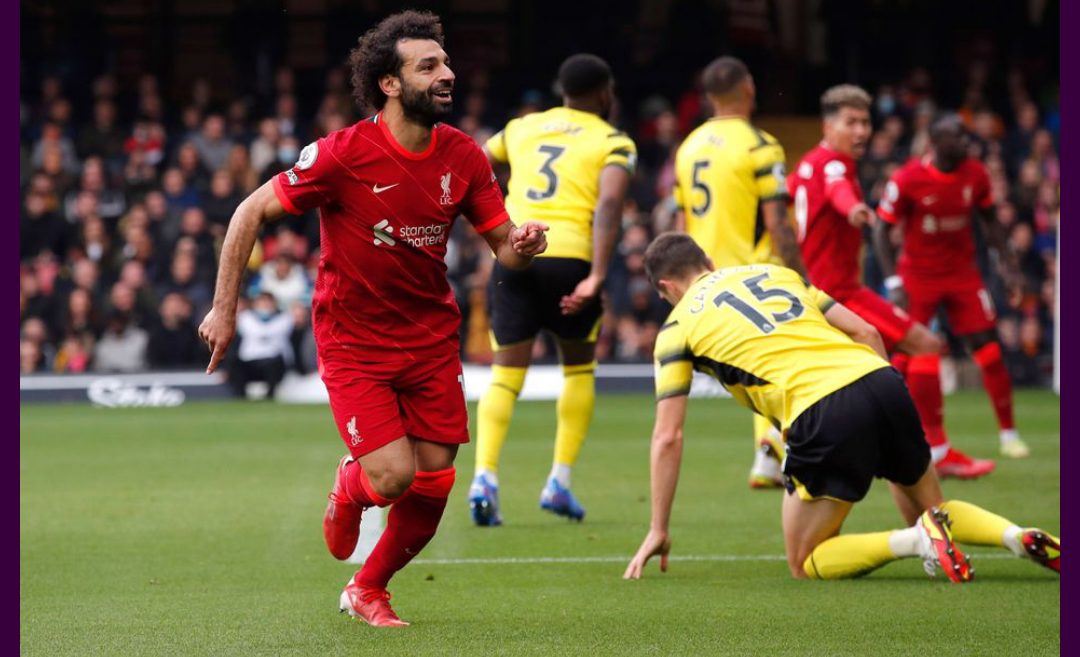 The Egyptian produced a sublime performance for the Reds, first assisting Sadio Mane for the opening goal with a delicious pass. Mane would finish with finesse to register his 100th goal in the Premier League.

SALAH THE BEST ITW WHAT A PASS!
pic.twitter.com/KaNcq4iQZN

The Senegalese is now second on the all-time scorers list of Africans in the EPL behind Salah and Didier Drogba, who are joint top.

Firmino would complete his hattrick in stoppage time to wrap up a dominant performance for the Reds, who are now top of the table.

For Watford however, it’s a fifth defeat in the league this season and first loss for new manager Claudio Ranieri.

Salah could create Premier League goals record for Africa against Watford
‘Who is better than him?’ – Liverpool boss Klopp hails Salah as best in the world
Change Language »