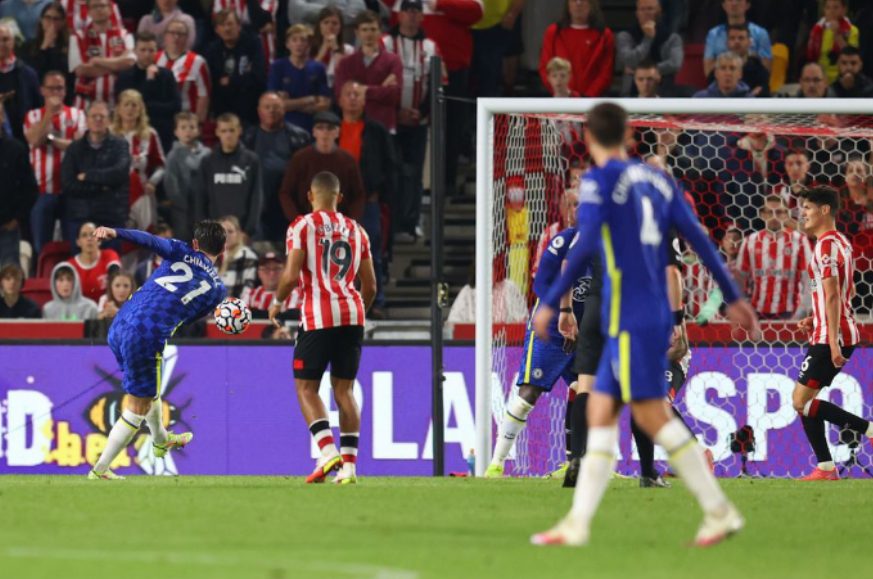 Chelsea defeated Brentford 1–0 to return to the top of the Premier League on Saturday. However, star forward Romelu Lukaku endured another frustrating evening in front of goal for the Blues.

Ben Chilwell gave Chelsea the lead on the stroke of half time with a super strike and that turned out to be just enough for Thomas Tuchel’s side, who have now taken 19 points from eight league matches so far this season.

Though Brentford pressured, they failed to find a breakthrough, thanks to stunning saves from Eduardo Mendy. The defeat – their second of the season – leaves the Bees in 7th place on the league standings.

Lukaku, meanwhile, has continued to struggle. The 28-year-old, who was subbed off in the 77th minute, has now gone six matches without a goal for Chelsea.

‘Who is better than him?’ – Liverpool boss Klopp hails Salah as best in the world
Ronaldo has done enough & should win the Ballon d’Or – Mendes claims
Change Language »