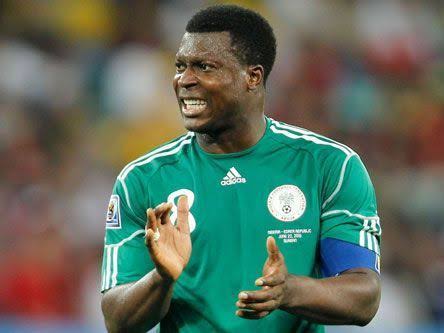 Legendary Nigerian striker Yakubu Ayegbeni recalls his journey from the backstreets of Benin, where he played football barefoot as a child, before a move to Israel and the Premier League beckoned.

He also featured in four CAF African Cup of Nations tournaments. But it was 2010 and the FIFA World Cup in South Africa that the 38-year-old recalled most fondly.

Reminiscing about being part of that historic moment for African football, Ayegbeni told FIFA: “I worked so hard to be at the South Africa World Cup. It’s a dream as a player. You want to play in those big tournaments. For me to be there is an honour I will never forget, to play for my country at the World Cup and score goals as well.

“I scored one and missed one, it’s part of the game.”

Ayegbeni also recalled a trip to Tonga, where he saw first-hand the positive impact the FIFA Forward Programme was having and praised the world governing body for their commit ment to grassroots development

“It’s unbelievable when you see these kids,” he said. “I’m really happy with what FIFA is doing in football, not only in Tonga but in Africa and all over the world as well. You have to give these kids the platform to follow their dreams.”