Samson Siasia: CAR have nothing to lose & will come with venom 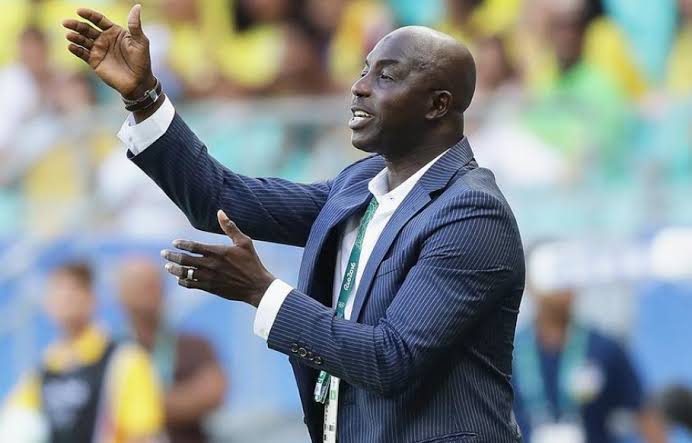 Samson Siasia, who coached the Super Eagles from 2010 to 2011 and again in 2016, says Central African Republic have nothing to lose in their World Cup qualifying game against Nigeria, adding that if the Super Eagles don’t learn from their earlier mistake, they’ll get embarrassed again.

Nigeria suffered a shock 1–0 defeat to Central African Republic at the Teslim Balogun Stadium, Lagos on Thursday and will play the return leg in Douala today, Sunday.

“They [Central African Republic] don’t have anything to lose, Siasia said while speaking exclusively with Omasports in Rotterdam.

“They [Super Eagles] lost the first game and if they don’t learn from it, they’ll embarrass them again.

“[CAR] don’t have anything to lose, they’ll play with 10 people at the back.

“Who’s CAR? Where’s CAR? I don’t even know where that country is,” he said jokingly. “How can they come and beat Nigeria in Lagos? The last time we lost a game in Lagos was 1981.

“Those guys that come as nobodies, they come with venom.”