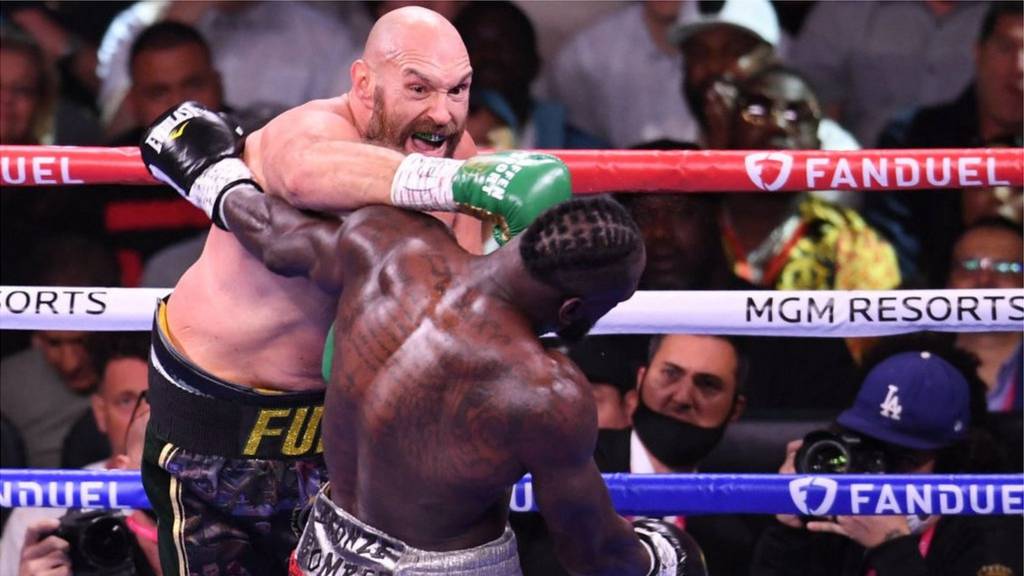 Tyson Fury knocked out Deontay Wilder in the 11th round after dragging himself off the canvas in an epic world heavyweight title fight in Las Vegas on Sunday.

The British heavyweight star was on the brink of defeat when he was floored twice in the fourth round.

Wilder would unleash that dangerous right hand as he dropped Fury twice within the final minute of round four.

However, Fury staged a sensational recovery and dropped Wilder in the 10th before inflicting a crushing knockout to retain his WBC belt and preserve his unbeaten record.

Tyson Fury in the post-fight news conference, speaking about what is next for him said: “We will see. I have just earned a well-earned break from everything. Before I start thinking about fighting other men I will bask in this victory. This tonight was one of my greatest wins. I got off the floor to do it. I am the big dog in the division.”

”I’m not fighting to be a legend,’ Fury says ahead of trilogy bout with Wilder
Anthony Joshua triggers rematch with heavyweight rival Oleksandr Usyk
Change Language »