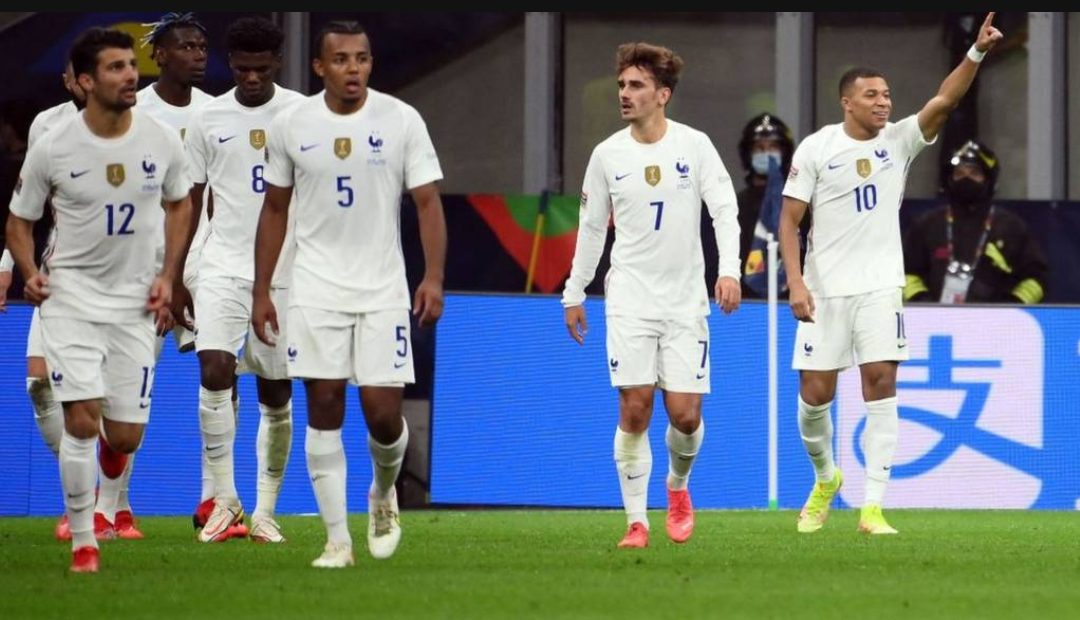 France came from behind on Sunday night to beat Spain 2–1 and win the UEFA Nations League at the San Siro in Italy.

Mikel Oyarzabal had given Spain the lead in the 64th minute but France responded two minutes later with a Karim Benzema stunner.

PSG star player, Kylian Mbappe would secure victory with an 80th-minute winner, as France – who won the World Cup in 2018 – become the second team to win the Nations League.