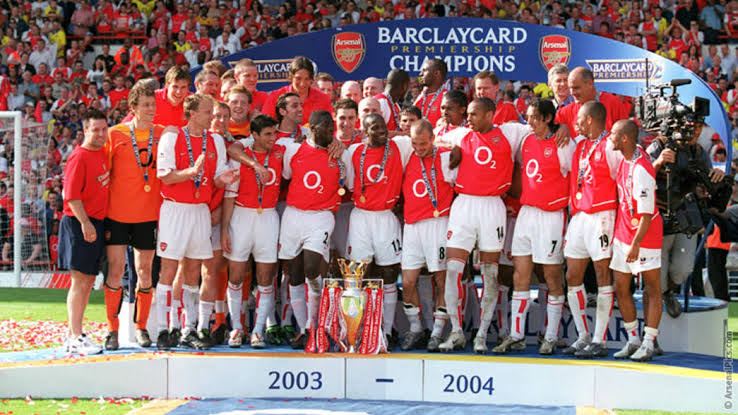 Arsenal achieved rare success in the Premier League in the 2003/2004 season, as they lifted the league title without suffering a single defeat.

Legendary midfielder Gilberto Silva, who was a part of the winning squad that season – known as the invincibles – has revealed what made the Gunners so, noting that their success was down to the training sessions they had under Arsene Wenger.

“An Arsenal training session was so intense,” the Brazilian told Goal. “I believe this is what made us invincible. It was because of this type of mentality. The way we trained was no different to the games. In fact, many times, some training sessions were harder than the games we played.

“It was more difficult because we never pulled back from any of the challenges, none of the players. Sometimes, it was quite scary. Every session was a big battle.

“You had to be at your top level because it was there that everything started for us. It’s where we got prepared for all the games and where Arsene learned which type of player he could count on.”

However, since that famous league triumph 17 years ago, Arsenal haven’t won any other Premier League title.