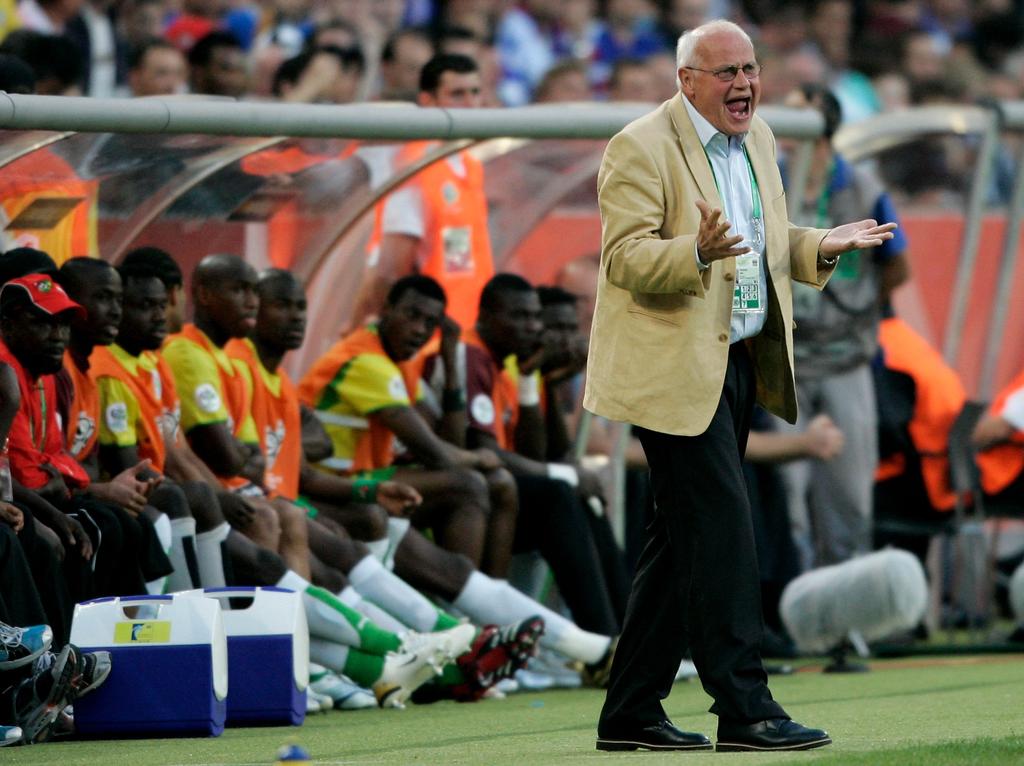 Otto Martin Pfister is a German football manager, who’s widely known for his work with football federations on the African continent.

Pfister, who was voted Africa’s Manager of the Year in 1992, has coached eight different national football teams in Africa, including the Ghanian team, which he led to FIFA U-17 World Cup glory in 1991 and the African Cup of Nations final in 1992.

Pfister, now 82, is arguably Germany’s most successful coaching export. But little is known about the driving force behind his earlier managerial duties across Africa from the 1970s through to the late 1990s.

Speaking with Omasports in Paris, Pfister’s son, Mike, revealed that it was all courtesy of a German sports development program target at developing countries in the 1970s.

“They’ll do promotion of small and medium-sized enterprises and also sporting programs. And for that, they’ll recruit former coaches, who were willing to go and not only coach the national teams but also do organizational development for the federations.”

It was through that program that Otto Pfister came to Africa in 1972 for his first job with the Rwandan national team. Pfister served as technical director and national coach. He trained players as well as coaches.

“He was an instructor,” the son said. “Under the terms of reference, his contract was with the German government. He had to provide capacity building.”

From his first managerial stint with Rwanda in 1972 until 1997 when he was coach of Bangladesh, Pfister’s contract was with the German government.

However, his son revealed that in 1997, he [Pfister] got an offer from Saudi Arabia, and quit his job with the German government.

Although before then the German unification came – in 1990. “So they started merging budgets and there was less money for this kind of things [sports development program for developing countries].”

“[After his job with Bangladesh in 1997] he [Pfister] went to Saudi Arabia. From there, it was private,” Mark said.

Pfister most recently coached the Afghanistan national football team from 2017 to 2018.

Super Eagles train in Lagos ahead of World Cup qualifying clash with Les Fauves
‘I was ashamed, as an Italian,’ Chiellini says after Osimhen & Napoli players were racially abused
Change Language »