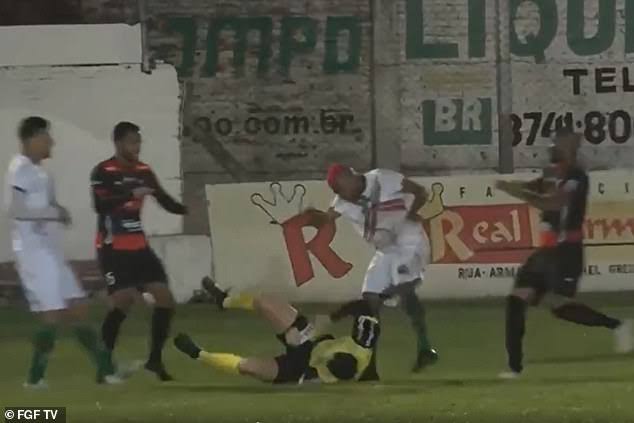 A Brazilian footballer has been charged with attempted murder after kicking a referee in the head during a match in a lower division in Brazil.

Sport Club Sao Paulo player William Ribeiro attacked referee Rodrigo Crivellaro and kicked him in the head after a foul was awarded against him on Monday.

The match against Guarani was suspended in the second half and the referee was taken to the hospital.

The referee was later released from hospital while Ribeiro has been sacked by the club.

The club said the incident, which happened in the year of their 113th anniversary, was “one of the worst in its history” and that they are evaluating what further action to take.