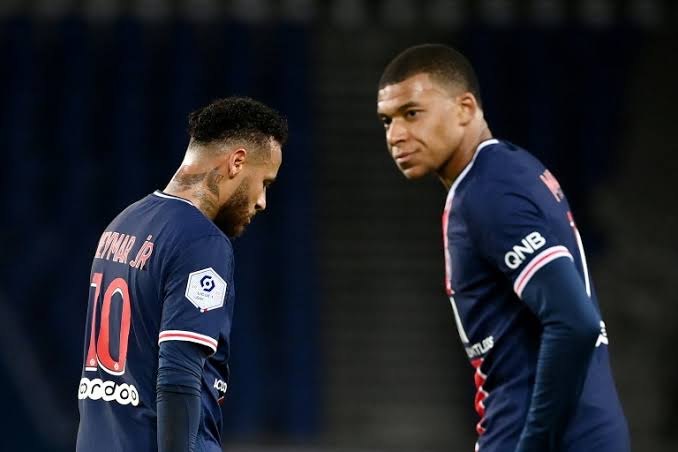 PSG superstar Kylian Mbappe has admitted to calling his teammate Neymar a ‘tramp’ during a recent Ligue 1 encounter with Montpellier.

The Frenchman was caught on camera questioning why Neymar was not passing the ball his way and then called the Brazilian a “clochard”, which means bum or tramp.

Mbappe has now admitted to uttering those words but says there are no resentments, adding that such exchanges are normal in football and will continue.

“Yes, yes, I said it,” the 22-year-old said when questioned by L’equipe. “Now these are things which happen all the time in football. It just needs to be something that doesn’t linger.

“That’s why, right after, given how it blew up, I spoke to him about it. We already had a few exchanges like that in the past and it will continue, because we want to win, but there shouldn’t be a certain resentment.

“There isn’t any here at all because I respect the player and the man, and I admire what he is. But that’s it, I wasn’t happy with a pass. One day it happened to me too, I didn’t pass it and he wasn’t happy. But there’s no issue.”