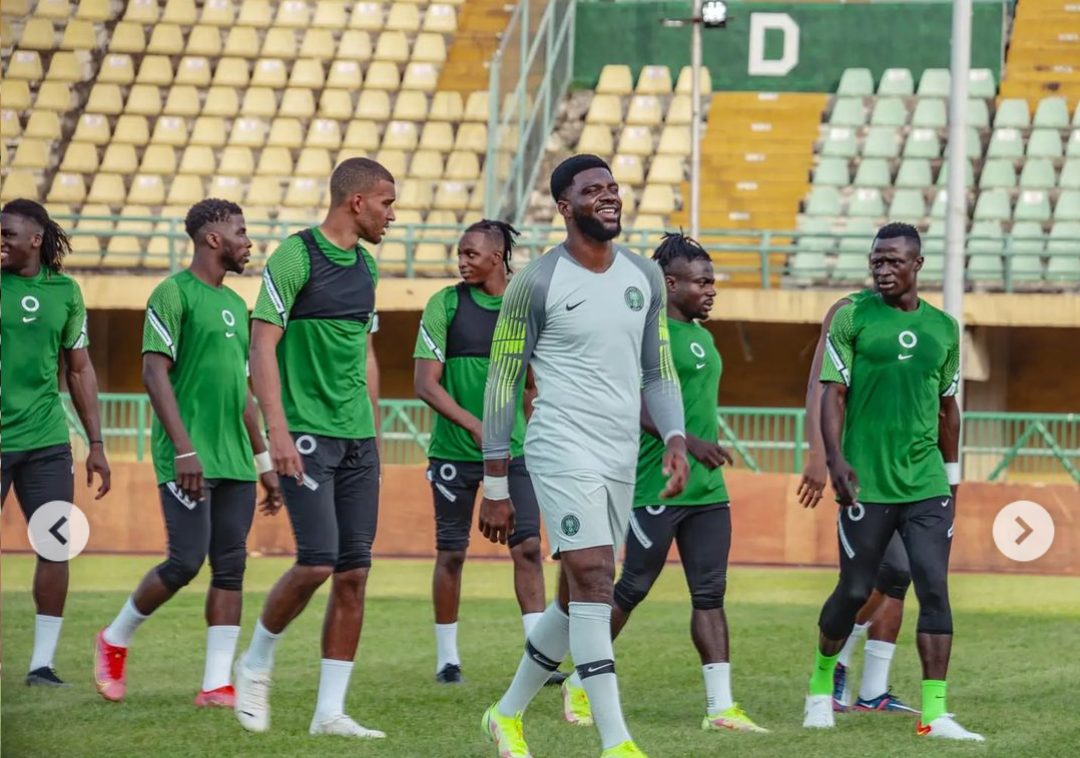 Nigeria’s Super Eagles have already began training ahead of their World Cup qualifying match against Central African Republic at the Teslim Balogun Stadium in Lagos on Thursday.

The squad is shaping up nicely, with 22 players already present at the Eko Hotels & Suites in Lagos. Although Netherlands-based goalkeeper Maduka Okoye has yet to join the team.

Meanwhile, the Central African Republic team have arrived Lagos, having flown in on Tuesday evening.

The Super Eagles are top of Group C with six points from two games and victory over Les Fauves, who are bottom of the Group with a point, will take them closer to the knockout phase of the World Cup qualifying series, which will hold next year.

Thursday’s encounter will kick-off by 5pm Nigerian Time on Thursday at the Teslim Balogun Stadium, while the away match will be played at the Stade Japoma de Douala in Cameroon on Sunday afternoon.

The referee assessor is Jerome Efong Nzolo from Gabon and the match commissioner is Marcelin Gaha Djiadeu from Cameroon. Nigerian Dr Ozi Salami Abdulrahim will be medical officer.