”I’m not fighting to be a legend,’ Fury says ahead of trilogy bout with Wilder 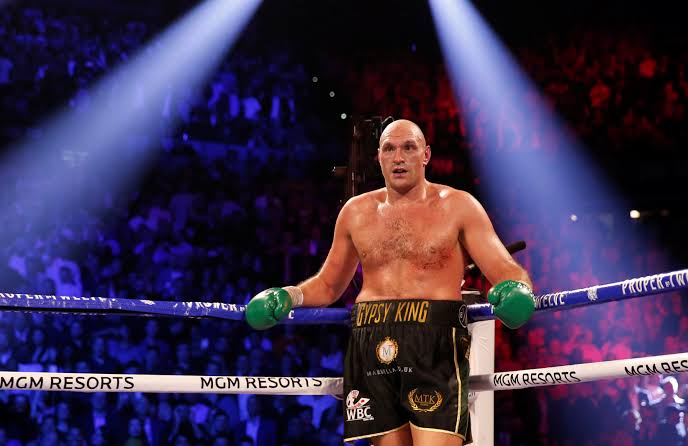 Ahead of the trilogy fight with Deontay Wilder, British world heavyweight champion Tyson Fury says his achievements in the sport have already made him a boxing great.

Fury will defend his WBC title against America’s Wilder in Las Vegas this Saturday.

In one of the finest heavyweight boxing performances ever, Fury knocked out Wilder in February 2020 after their first contest ended in a draw.

This weekend, both men will square off for a third time with the WBC and Ring heavyweight titles on the line.

Speaking on BBC Radio 5 Live’s Boxing podcast ahead of the contest, Fury said: “If I didn’t have any more fights I would not regret anything.

“It wouldn’t benefit me earning another £50m or £200m, you don’t need to be rich to live my life – I’m just a normal person who is very good at boxing and a very special, chosen person.

“I could walk away and never look at boxing again and what I’ve done could never be taken away.

“People would always remember the enigmatic Tyson Fury, the crazy man who fought everybody, the biggest punchers in our generation didn’t faze him, went across the pond, fought [Wladimir] Klitschko in Germany.

“Even if I had no belts I would still be the biggest fight out there.”