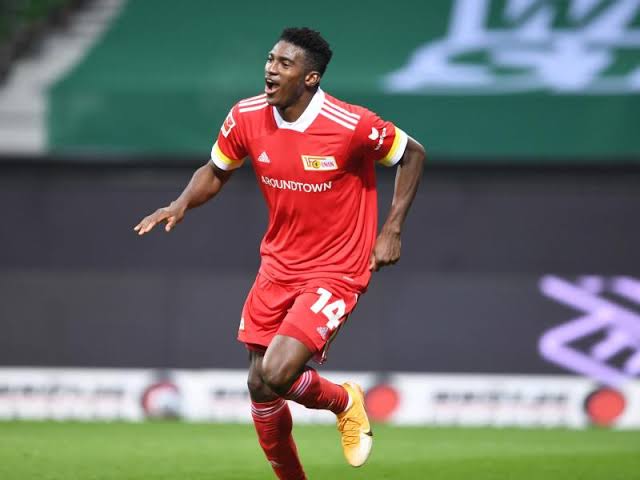 Taiwo Awoniyi has been called up to the Super Eagles squad for Nigeria’s World Cup qualifying matches against Central African Republic this week, the Nigerian national team coach, Gernot Rohr, confirmed to Omasports.

The 24-year-old striker, who plays for Union Berlin in the German Bundesliga, will replace the injured Terem Moffi. Moffi had been called up to replace Alex Iwobi, who had to withdraw due to injury.

Awoniyi has been in superb form for Union Berlin this season, scoring five goals in seven league games so far, including a brace in Sunday’s encounter against Mainz.