Osimhen sends message to racists after abuse from Fiorentina fans 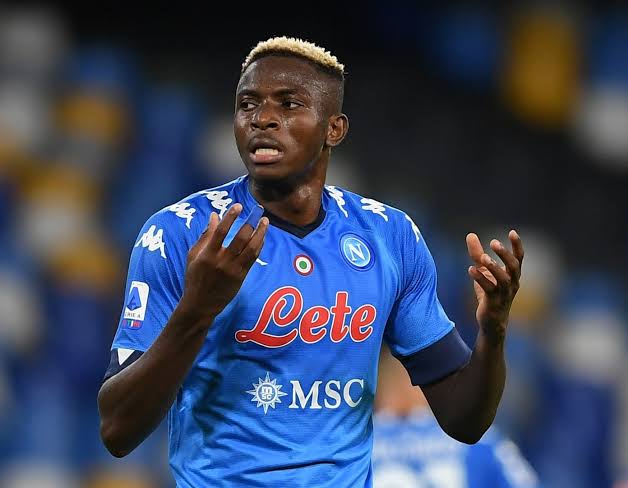 Victor Osimhen has sent a message to racists after he was racially abused during Napoli’s match against Fiorentina at the Stadio Artemio Franchi on Sunday.

Omasports gathered that after the match, someone from “Curva Fiesole” – the hottest part of Fiorentina fans section – screamed ‘buuuuuuuuuu’ and ‘monkey monkey’ to Osimhen, Kalidou Koulibaly and Andre Anguissa. It was also gathered that Fiorentina apologized to Napoli and to the players.

However, in a post on social media, Osimhen said: “Speak to your kids, your parents, make them understands how disgusting it is to hate an individual because of the colour of their skin. NOTORACISM.”

The Nigerian attacker, who’s scored seven goals in his last six competitive games for Napoli, was substituted in the 84th minute.