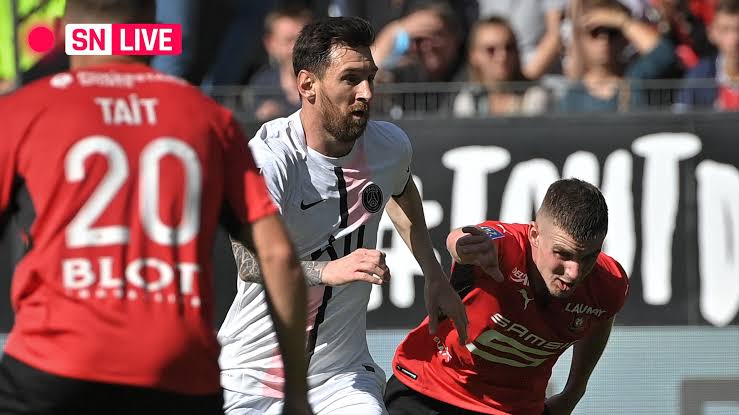 Paris Saint-Germain were handed their first defeat of the 2021/22 Ligue 1 season, as they were beaten 2–0 by Stade Rennais at the Roazhon Park on Sunday. It was also Lionel Messi’s first defeat since his move to France.

Gaetan Laborde had put Rennais ahead on the stroke of half time before Flavien Tait doubled their advantage immediately after the restart.

PSG’s attack which had Kylian Mbappe, Neymar, Angel Di Maria and Messi, surprisingly, failed to register a shot on target, despite the team’s control of ball possession.

Although Mbappe had a goal ruled out for offside after a VAR review in the 68th minute.

However, the Parisian club still sit comfortably at the top of the table – six points above second-placed Lens, while Rennais are up to 7th from 14th, thanks to their huge win on home turf.