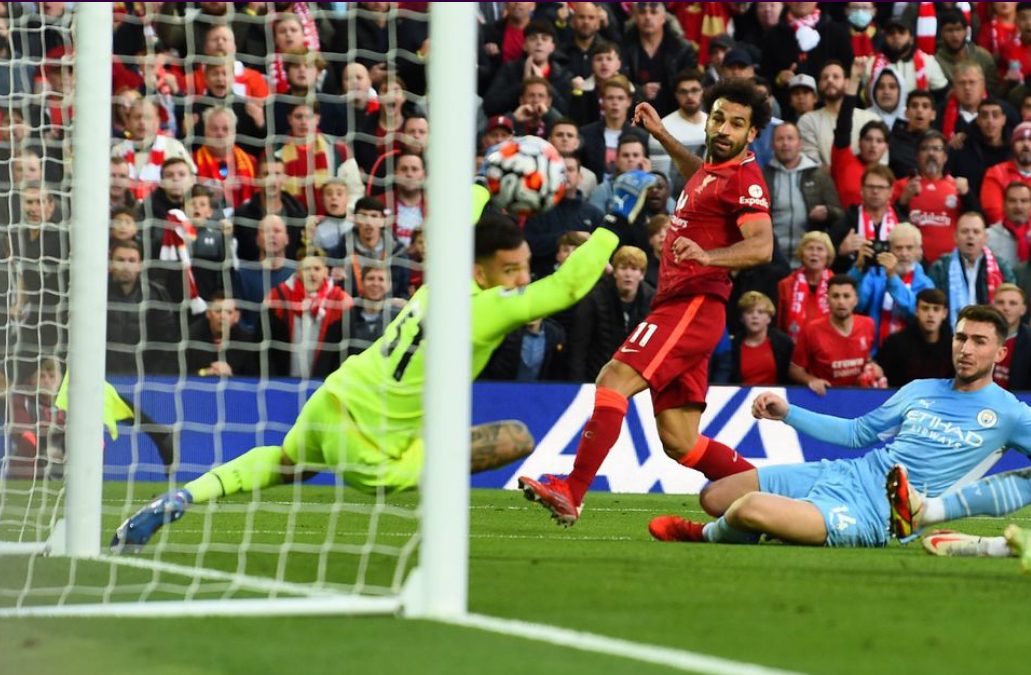 Liverpool were able to maintain their unbeaten run in the Premier League this season thanks to a thrilling 2–2 draw with league champions Manchester City at Anfield on Sunday.

The Reds, who are the only side yet to lose a game in the EPL this season, had taken the lead twice through Sadio Mane and Mohamed Salah, but City levelled each time.

The draw leaves Liverpool in second place on the league standings – one point behind leaders Chelsea and a point above Manchester City, who are in third.