‘Osimhen is the best at the moment,’ Savoy says 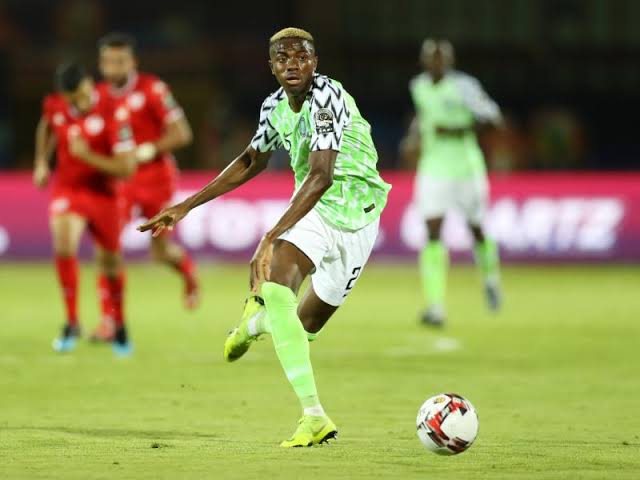 Raoul Savoy, coach of the Central African Republic, has said that Victor Osimhen is the man to watch out for ahead of their World Cup qualifying game against Nigeria on October 7

The Super Eagles will play host to CAR at Teslim Balogun Stadium in Lagos with hopes of making it three wins out of three in Group C. They began their qualifying campaign last month with a 2-0 win over Liberia before beating Cape Verde 2-1.

Savoy, when asked about which player he has to keep an eye on, the coach mentioned the Napoli attacker.

“I don’t like to talk about specific players because you know that football is a game we play with 11 players and substitutes,” Savoy told Captain Pascal.

“For now I think Osimhen is doing very well in Napoli, he is scoring a lot of goals.

“I like his style of play, powerful and a really good striker. For us, of course, it will be an honour to play against this class of players but for now, I think Osimhen is for me the best at the moment.”

The Wild Beasts of CAR are yet to win a game, having collected just one point which came from a 1-1 draw against Cape Verde before losing 1–0 to Liberia.

Meanwhile, Nigeria top the Group with a 100% winning record, with Liberia in second with three points followed by Cape Verde and the Central African Republic with a point each.

‘I am fed up of defending myself,’ Barcelona coach Koeman says
‘Guardiola puts his wife on the couch as if she were a player,’ Danilo says
Change Language »