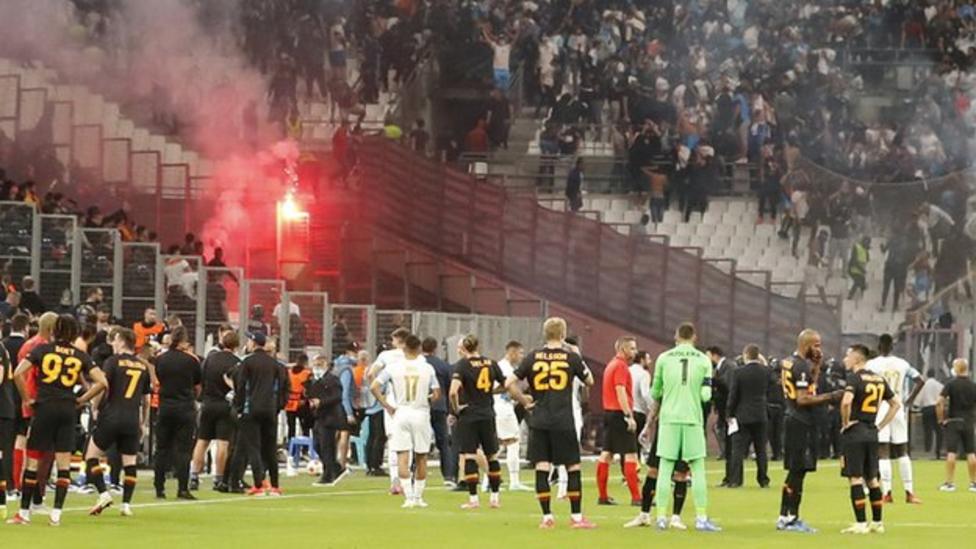 Flares and objects were thrown by rival fans towards the end of the first half despite them being segregated.

The match was then halted to allow the police to restore order in the stadium.

The game resumed with about eight minutes remaining in the first period to the sound of firecrackers still going off in the stands.

It is not the first time this season that Marseille have been involved in an incident of this manner.

Last month, Payet was hit by a bottle and threw it back into the crowd before fans stormed the pitch causing their Ligue 1 match at Nice to be abandoned.

Again, Marseille’s opening 3-2 win at Montpellier in August was also held up when fans pelted the pitch with bottles.

Etebo out for five months with injury; set to miss AFCON
‘It’s a problem for us,’ Watford manager Munoz saddened about Etebo’s injury
Change Language »