‘It’s a problem for us,’ Watford manager Munoz saddened about Etebo’s injury 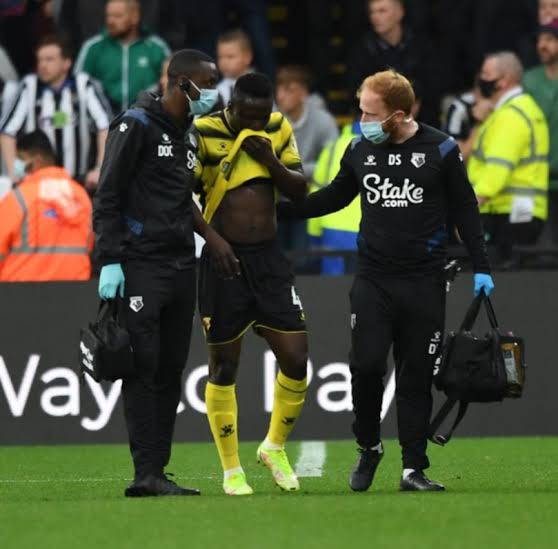 Etebo tore a quad muscle on his knee during Watford’s league match against Newcastle last week and the club revealed that the 25-year-old Nigerian will be out for four to five months as a result.

“I’m very sad about this, always when one of our players gets a big injury,” Munoz told the club’s website when asked about Etebo.

“It’s a problem for us and now is the moment to give him the best recovery. He has a great attitude.

“He is out for four to five months and this is a problem also for him because he has a very good attitude for our squad and team.

“I didn’t speak anything about this [Afcon]. I spoke to him only about the injury and I wish him all the best.”

The Nigerian midfielder is set to miss the African Cup of Nations, which begins January 9 in Cameroon.

Etebo joined Watford on loan from Stoke City in July and has featured in all six of the Hornets’ Premier League games so far this season.