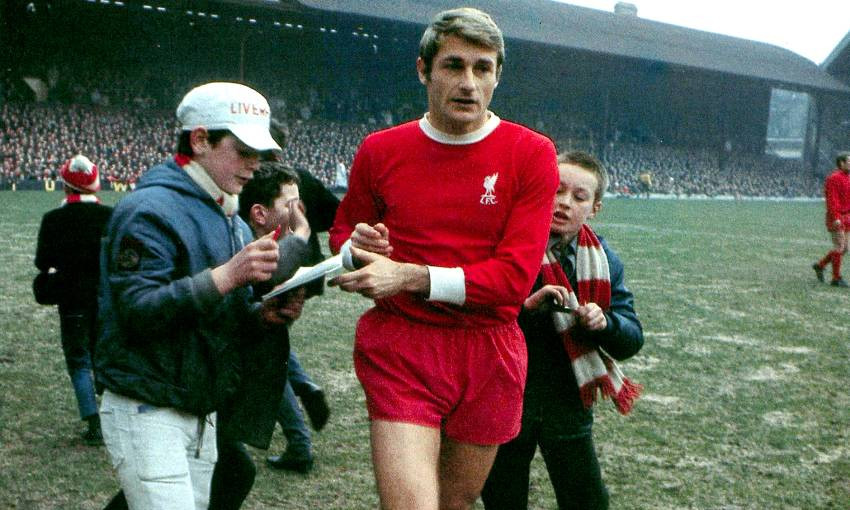 Former Liverpool and England striker Roger Hunt has died at the age of 83.

Hunt was part of England’s 1966 World Cup-winning side and is Liverpool’s record league scorer with 244 goals.

The forward won 34 England caps, scoring 18 international goals after making his debut in 1962 when Liverpool were in English football’s second tier.

Hunt signed for Liverpool in 1958 and made his 492nd and final appearance for the club in 1969, by which time fans had christened him ‘Sir Roger’.

“Roger Hunt comes second to no-one in his importance in the history of Liverpool FC, that much is clear,” Liverpool manager Jurgen Klopp said in a tribute.

“To be the goalscoring catalyst of the Shankly team to achieve promotion then win those precious league titles and the FA Cup puts him in a bracket of LFC legends who are responsible for making us the club we are today. Not only that, he was also a World Cup winner in 1966, too,” Klopp added.

“So, it is Sir Roger we will remember, honour and pay tribute to over the coming days.”

Liverpool statement said Hunt passed away peacefully at home following a long illness, adding: “The thoughts of everybody at Liverpool Football Club are with Roger’s family and friends at this sad and difficult time.”