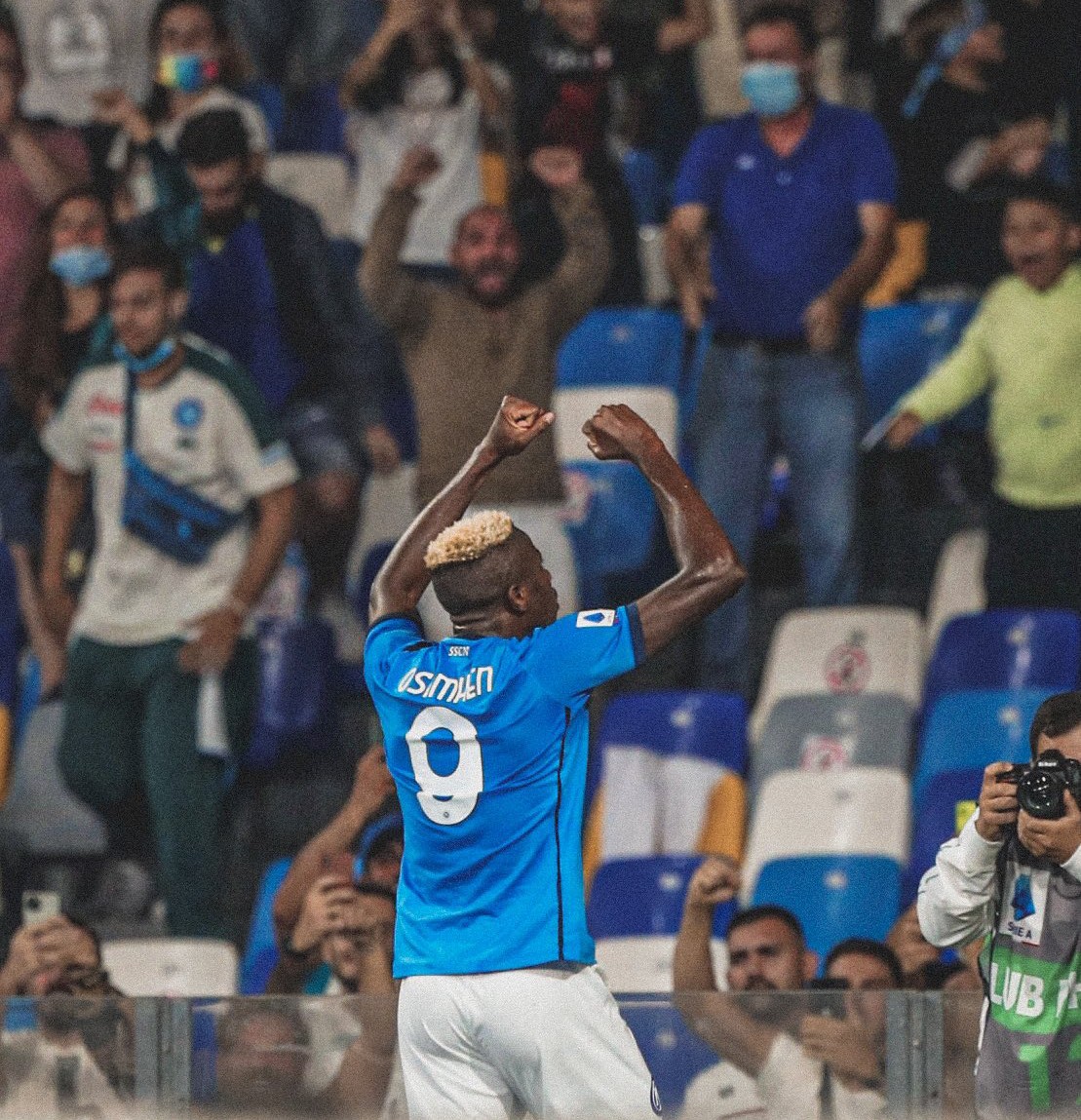 Nigerian players were again in action during the weekend for their respective clubs across Europe.

Victor Osimhen helped Napoli to the top of the Serie A, while Paul Onuachu scored a hattrick in Belgium to send Genk into third place in the Pro Division. Elsewhere in Scotland, Joe Aribo fired Steven Gerrard’s Rangers to a win in the Scottish Premiership.

Osimhen kept up his fine goalscoring form on Sunday night with the opening goal in Napoli’s 2-0 win over Cagliari.

The 22-year-old’s fourth league goal took Luciano Spalletti’s men to the top of the Serie A table with six wins in as many matches.

The Nigerian was later substituted in the 77th minute.

Onuachu scored all of Genk’s goals as they bounced back to winning ways with a 3-0 win over Seraing on Sunday night.

The 27-year-old scored a quick brace late in the first half and completed his hattrick from the penalty spot early in the second half as Genk climbed to third spot on the Belgian First Division A log.

Onuachu has now scored eight goals in his last five games for the Smurfs.

Aribo scored the only goal as Rangers defeated Dundee FC 1-0 in the Scottish Premiership on Saturday.

It was the 25-year-old’s second goal of the season as Steven Gerrard’s side maintained their spot at the top of the Premiership table.

Leon Balogun was also in action for Rangers, playing full 90 minutes in defence.

With Leicester City trailing 2-1 against Burnley in the Premier League on Saturday, Iheanacho was subbed on in the 62nd minute and made an impact late in the game.

The attacker assisted Jamie Vardy for an 85th-minute equaliser that earned the Foxes a 2-2 draw at the King Power.

Wilfred Ndidi was also in action for the Foxes, from start to finish

Simon scored for Nantes on Sunday in their 3-1 defeat to Reims in the Ligue 1.

The 26-year-old midfielder had leveled matters in the 62nd minute, but his side fell behind ten minutes later and were unable to recover.

Kayode was on target as Sivasspor claimed a 4-0 win over Ahmed Musa’s Fatih Karagumruk in the Turkish top-division on Saturday.

Kayode scored in the 1st minute of the match to put Sivasspor ahead and it was smooth sailing from there.