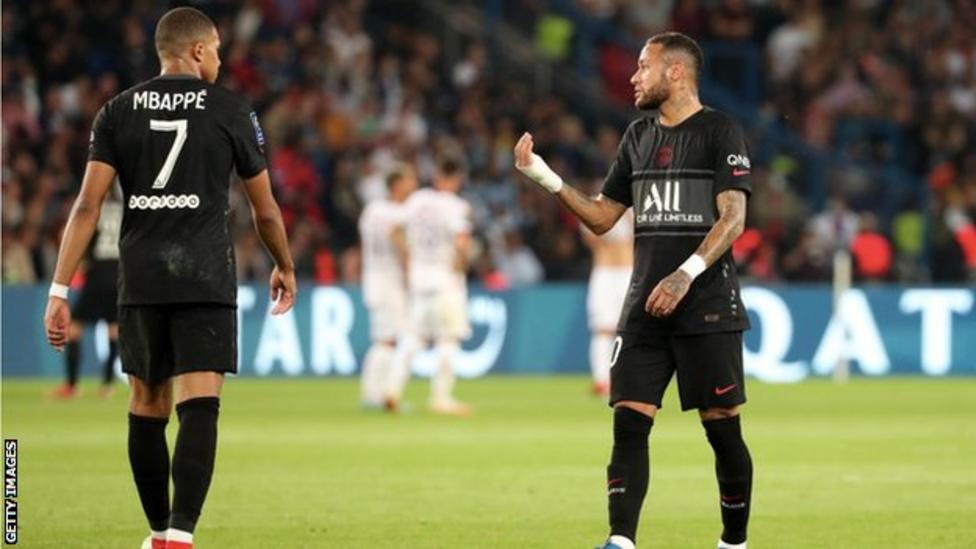 Paris St Germain boss Mauricio Pochettino has played down any dispute between Kylian Mbappe and Neymar.

Mbappe appeared to complain to Idrissa Gueye on the bench in Saturday’s win over Montpellier that Neymar doesn’t give him the pass.

Mbappe was taken off in the 88th minute of PSG 2-0 win over Montpellier, with the score at 1-0. Immediately after he came off his replacement, Julian Draxler, made it 2-0 after being teed up by Neymar.

Ahead of their Champions League game on Tuesday, Pochettino has come out to trash talks of any falling-out between his strikers: “They are fantastic guys. These things happen,” said Pochettino.

“There are always things between top players. They are competitors who want to win and help the team achieve good.”

“I have spoken to them individually,” he said. “They may have also spoken to each other and there have been photos of them enjoying ourselves in training.

“If there is a small incident sometimes that can create a wave but it is actually just talk.”

PSG will play host to Manchester City in the Champions League on Tuesday.