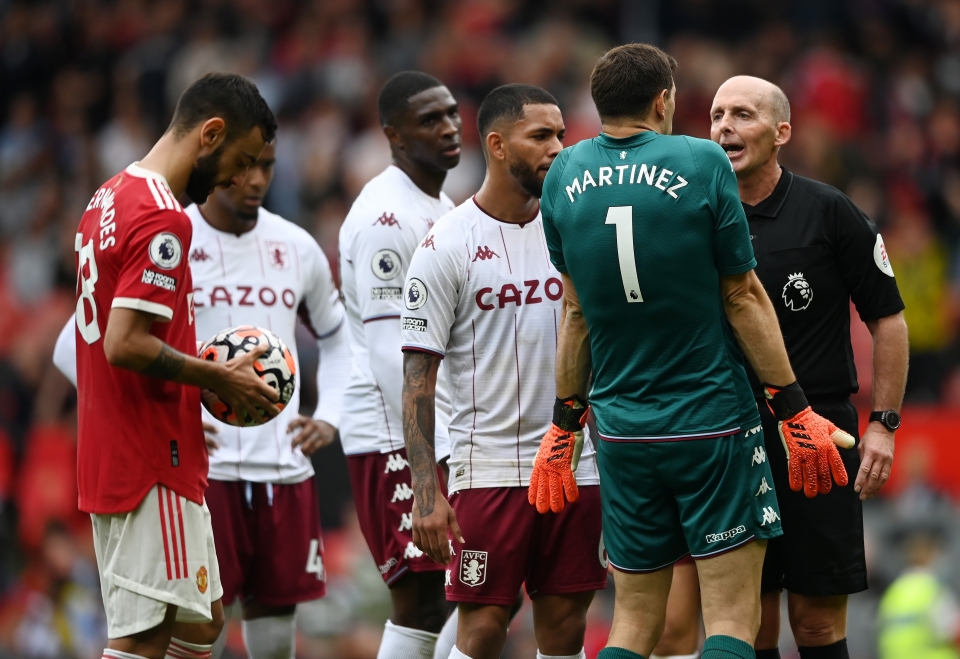 Emiliano Martinez was in the middle of a penalty kick drama during Aston Villa’s game against Manchester United in the Premier League on Saturday.

Martinez started for Aston Villa and with his side leading 1-0 at Old Trafford, United were awarded a penalty late in the match. While all eyes were on Cristiano Ronaldo, it was the Argentine goalkeeper who stepped up and stole the show.

Martinez was caught on camera begging Ronaldo to take the penalty, despite Bruno Fernandes having the ball in his hands.

However, Fernandes stepped up and missed the kick, much to the amusement of Martinez who started doing a humping dance right in front of the United supporters