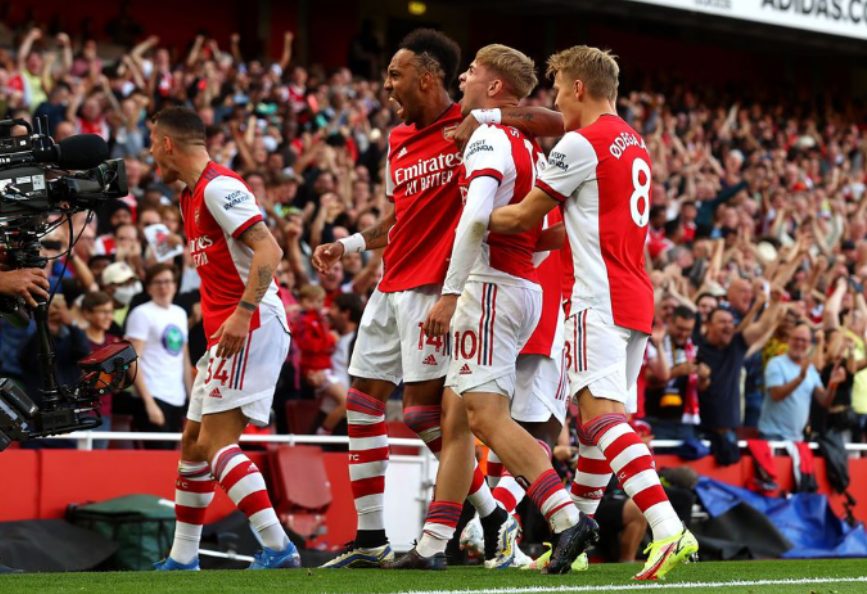 Arsenal defeated their North London rivals Tottenham 3–1 at the Emirates in the Premier League on Sunday, as their resurgence in the league continues.

The Gunners opened the scoring in the 12th minute through Emile Smith Rowe and went 3–0 up by the 34th minute thanks to goals from Pierre Emerick Aubameyang and Bukayo Sako.

Spurs would pull one back late in the second half through Heung-Min Son but it wasn’t enough as Arsenal sealed an emphatic victory.

Mikel Arteta’s men have now recorded their third straight win in the Premier League after their terrible start to the season, which saw them lose their opening three games. They have now moved up to 10th in the league – 5 points below leaders Liverpool.

Meanwhile, this is Tottenham’s third straight defeat in the Premier League. Spurs, who are 11th now, are only the second team in Premier League history to win their first three games of a season and then lose the next three after Everton in 1993-94, who went on to finish 17th.

Ansu Fati scores on return from injury as Barcelona ease past Levante
‘It means the world to us,’ Aubameyang ecstatic after Arsenal’s victory over Tottenham
Change Language »