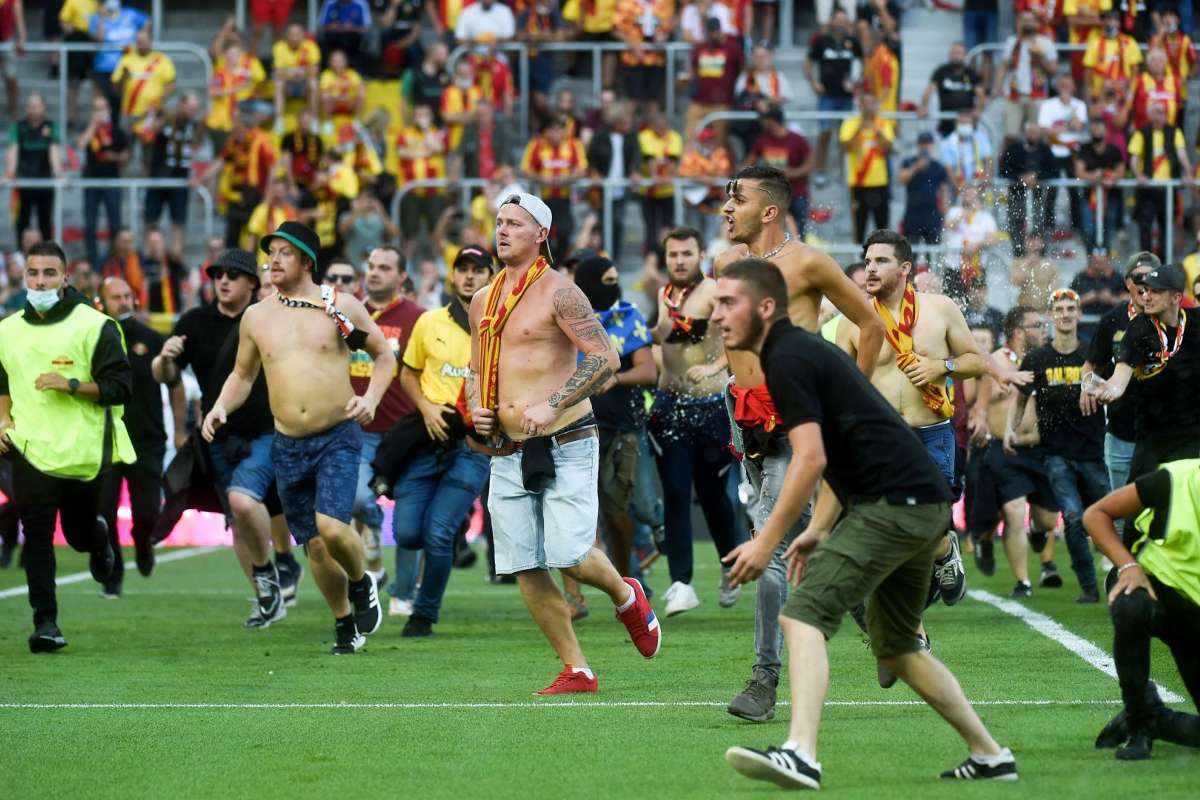 Less than a month after Nice and Marseille clashed in an ugly brawl, French top-flight football suffered another episode of fan violence.

On Saturday, the derby between Lens and Lille suffered delays after home fans invaded the pitch.

Lens and Lille had gone into half time with the scores at 0-0, but they were forced to wait for a restart as crowd trouble caused a temporary postponement.

Midway through the half-time break a group of Lens ultras flooded the pitch in order to confront their Lille counterparts, who were in a different section of the stadium.

The Lens ultras ran back to their own stand after a short altercation, after which the match officials assessed the situation.

The two clubs came out to warm up and were eventually cleared to restart the derby, famed as one of France’s fiercest fixtures.

Last month, Nice’s match with Marseille was suspended due to a pitch invasion from the home fans.