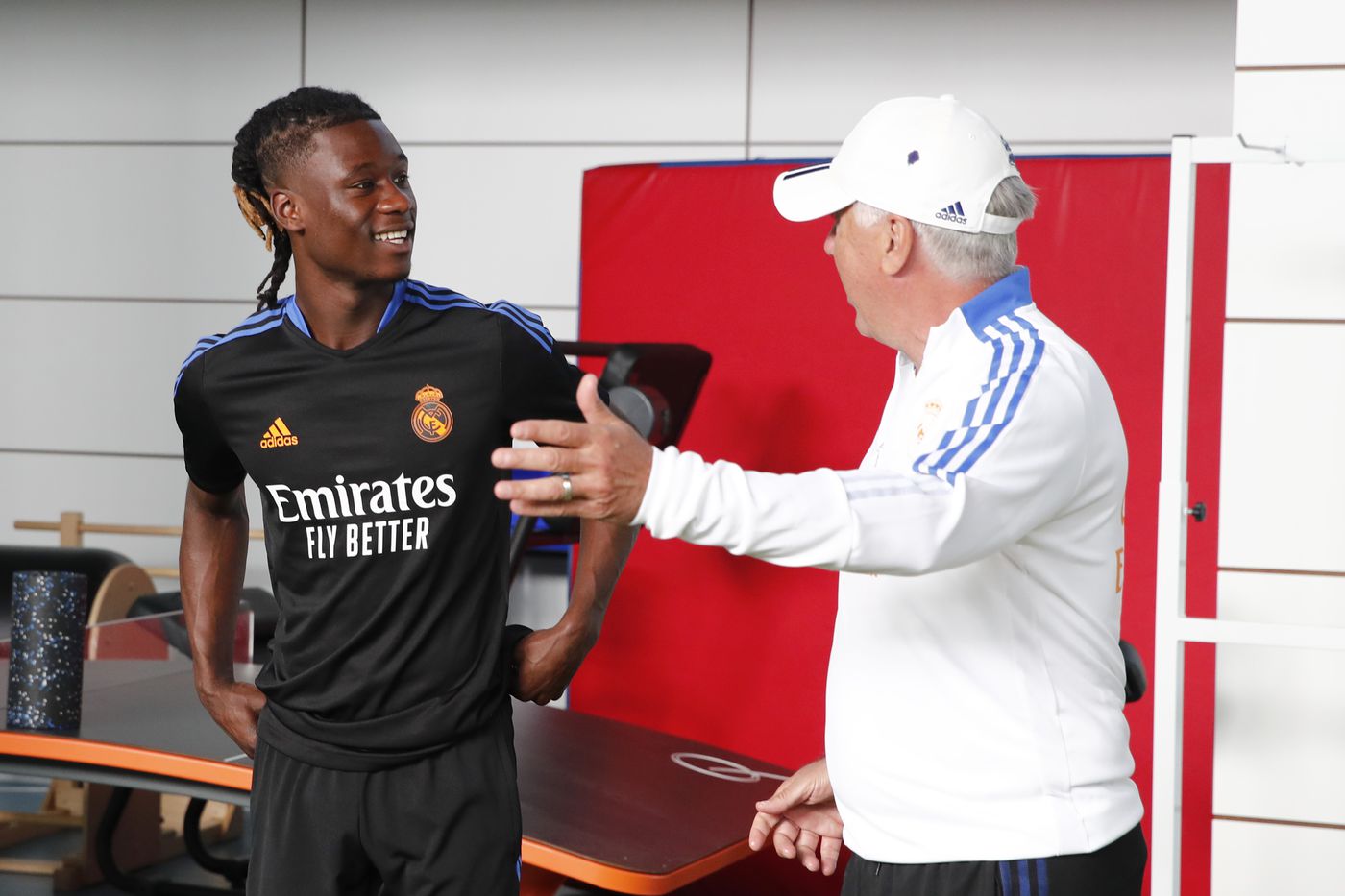 Ahead of their La Liga clash with Valencia on Sunday, Real Madrid manager, Carlo Ancelotti has revealed that he’s surprised by Eduardo Camavinga’s start to life at Madrid.

Camavinga, 18, joined Real Madrid from Stade Rennais last month and made an instant impact in the Spanish capital. The French midfielder scored on his debut, netting the fourth goal in Madrid’s 5-2 win over Celta Vigo last weekend.

He also registered an assist in Madrid’s 1–0 win over Inter Milan in the Champions League in midweek. In impressive fashion, the teenager came off the bench to make his mark in both matches.

“Yes, it has surprised me a little, to be honest,” Ancelotti said when asked about the player’s fast adaptation. “We all knew the quality he has, physically and technically.

“Then, he has shown his personality and character on the pitch, which we didn’t know about as much. He doesn’t get worried on the pitch, as he is confident in his ability.”