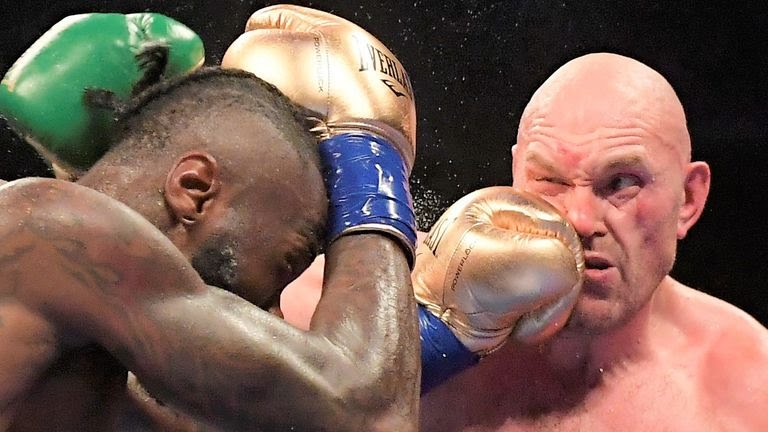 Fury will defend the WBC heavyweight championship that he took from Wilder in their third clash on October 9 in Las Vegas.

The 33-year-old is training in Morecambe and has enlisted ‘the Romford Bull’ – a heavyweight prospect with a 3-0 record, to spar with.

Per SkySports, Fisher revealed details about Fury, saying: “The pressure, the skill, the punch output, the angles he throws his hands from are not like a conventional heavyweight.

“He is the whole package – he can move, he can box, he can punch, he’s strong, he has the brain, the height and the reach. He is a nightmare to spar.”

Asked if Fury will defeat Wilder again and also beat Anthony Joshua, Fisher said: “Wilder is the most dangerous puncher who has ever lived but, after seeing what Fury did to him last time, I can’t see why he wouldn’t do that again.

“On Fury’s day, he is the most talented boxer in the world with the best skill-set.

“If Fury doesn’t turn up, and Joshua boxes like a champion, he would win. Fury has to be on top of his game to beat Joshua.”

Teenage boxer dies after knockout
‘I’m a different kind of animal,’ Anthony Joshua vows to bounce back after loss to Usyk
Change Language »