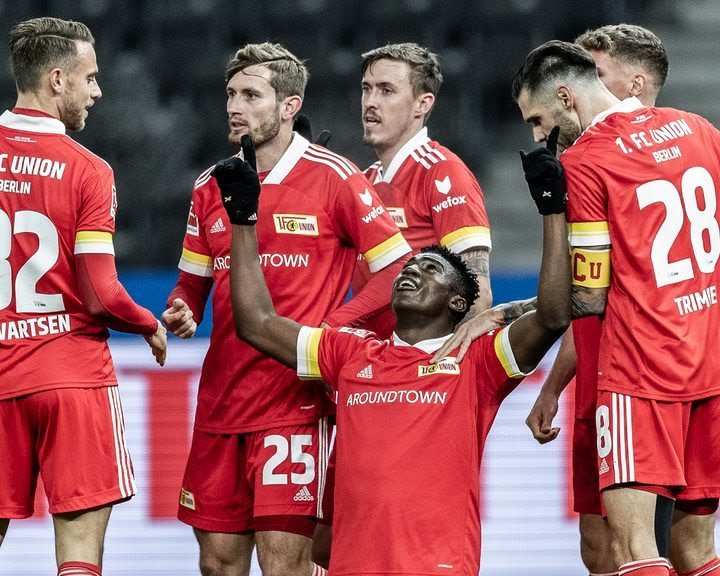 Nigeria international Taiwo Awoniyi permanently signed for Bundesliga club, Union Berlin from Liverpool in July and has been in superb goalscoring form for the German side.

The 24-year-old attacker has registered five goals and two assists in eight competitive games so far this season, but says his exploits in front of goal are a result of teamwork.

“I think for me, the goals are the work of the team, how we’ve been working together as a team, and that’s why we’re doing quite good at the moment,” the Nigerian told Bundesliga.

At the club, Awoniyi has formed a fine partnership with German striker Max Kruse, with both players combining well in attack to produce goals.

Kruse has recorded 2 goals and 3 assists this season; interestingly, both goals were assisted by Awoniyi and all three of Kruse’s assists were for goals scored by Awoniyi.

Awoniyi has now hailed the German and says any footballer will enjoy playing with the 33-year-old.

“For Kruse it’s so special because he has a lot of intelligence in the game, he has a lot of experience and I think if you play with him, if it’s me or any other player, you always enjoy playing with him because he knows everything you want to do on the pitch.”

Union Berlin, who are yet to lose a league game this season (W1, D3) will travel to face Borussia Dortmund in the league on Sunday and will try to improve on their performances so far.