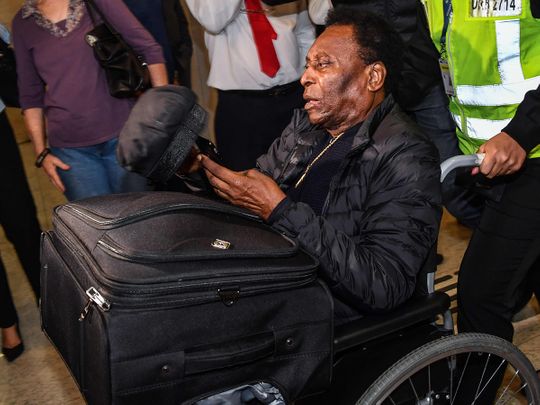 Brazilian legend Pele has been re-admitted to an intensive care unit at Sao Paulo’s Albert Einstein Hospital, according to reports by ESPN Brasil.

The 80-year-old was re-admitted in an apparent deterioration of his health after he left the unit on Tuesday.

He had a colon tumour removed this month and was transferred out of intensive care this week.

In a message to fans on Instagram, the three-time World Cup winner had said that he was ready for ’90 minutes, plus extra time.’

Pele has suffered from hip problems for years and cannot walk unaided.