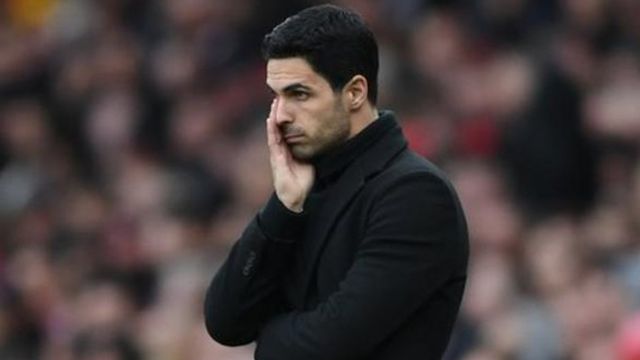 Arsenal failed to qualify for any European competition this season after finishing 8th in the Premier League last term, and manager Mikel Arteta has revealed that it ‘hurt a lot’ not to see his team compete in competitions like the Champions League in midweek.

“That hurt a lot. It was painful to put on the TV and see those teams and Arsenal not being there,” the Spanish manager, who’s been under heavy criticism for Arsenal’s poor displays this season, said.

“One hundred per cent that will be our motivation to get back into those competitions. We have the focus and the trigger is there.”

Arsenal bounced back from a run of three straight Premier League defeats with a 1–0 win against Norwich last wekeend. They will travel to face Burnley this Saturday and will try to claim their second victory of the campaign.

Osimhen strike twice to help Napoli to Europa League draw against Leicester, as Ndidi sees red
‘He’s played everywhere. He’s won it all’ – Fabregas says Messi has nothing to prove to anybody
Change Language »