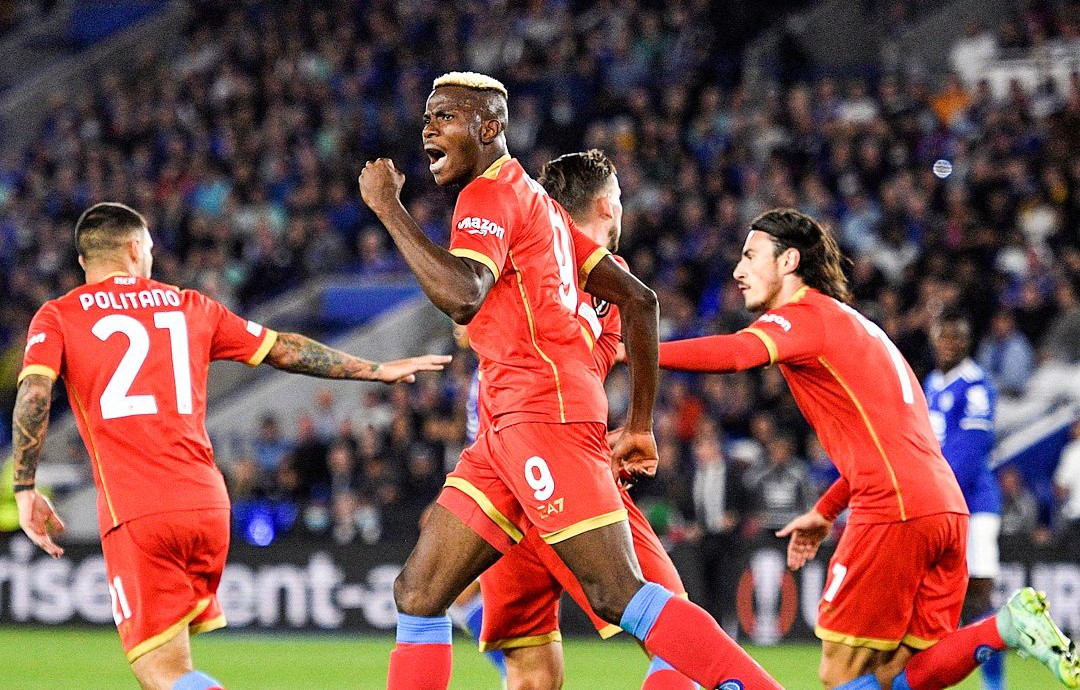 Victor Osimhen starred for Napoli, as he helped the Italian side to a draw against Leicester in their Europa League group stage opener on Thursday.

The Nigerian striker scored twice as Napoli came from behind to earn a 2–2 draw at the King Power Stadium.

Leicester had scored the opening goal in the 9th minute through Ayoze Perez and then doubled their advantage in the 64th minute – with Kelechi Iheanacho providing the assist for Harvey Barnes’ goal.

However, five minutes later, Osimhen pulled one back for Napoli before netting the equaliser in the 87th minute to earn his side a point.

Meanwhile, Wilfred Ndidi, who was in action for Leicester, was sent off in the 93rd minute after receiving a second yellow card.