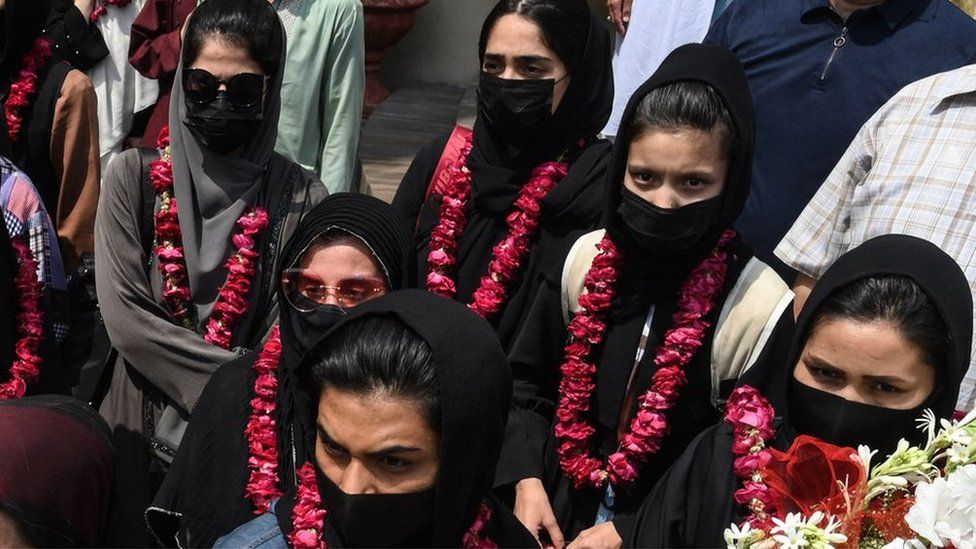 The girls had spent the past month in hiding for fears of a crackdown on women’s rights by the Taliban.

Thirty-two players and their families won visas after the charity “Football for Peace” lobbied Pakistan.

An official with Pakistan’s Football Federation said the group, amounting to 81 people, would be sheltered at the federation’s headquarters in Lahore. He added that 34 more will arrive on Thursday.

After Kabul was captured last month, players were warned by the national team’s former captain, Khalida Popal, to delete pictures of themselves playing on social media and to burn their kits to protect themselves from possible retributions from the new regime.

Last week the deputy head of the Taliban’s cultural commission, Ahmadullah Wasiq, cast doubt over the future of women’s sport in the country when he said it was considered neither appropriate nor necessary in response to a question about the fate of the women’s cricket team.

“It is the media era, and there will be photos and videos, and then people watch it. Islam and the Islamic Emirate [Afghanistan] do not allow women to play cricket or play the kind of sports where they get exposed,” Wasiq said.

Women were barred from participating in sports during the Taliban’s last spell in power from 1996-2001.