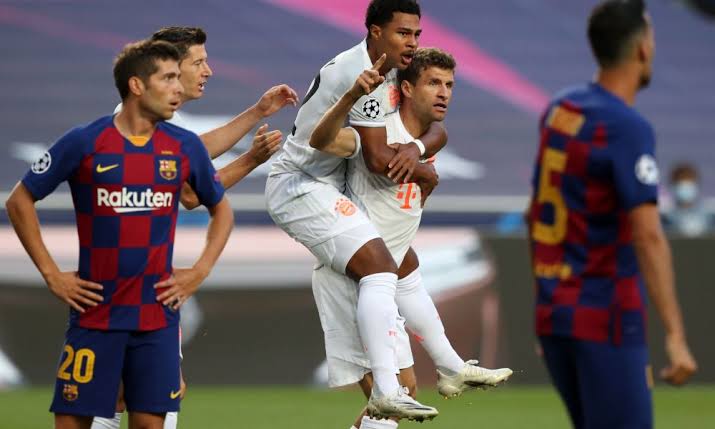 The Bundesliga champions, who opened the scoring in the 34th minute through Thomas Muller, have now beaten Barca in five of their last six Champions League meetings.

Roberto Lewandowski netted a brace in the second half to wrap up the fine victory for the Bavarians.

Elsewhere in London, Chelsea began their title-defense campaign with a 1–0 win against Zenith St Petersburg, thanks to a 69th-minute strike from Romelu Lukaku.

In other matches on the night, Juventus soundly defeated Malmo 3–0, Villarreal and Atalanta played out a 2–2 draw and Dynamo Kiev held on for a goalless draw with Benefica. The game between Lille and Wolfsburg also finished goalless.

CAF President, Motsepe calls for more ‘openminded’ deliberations regarding biennial FIFA World Cup
“We did okay to keep them away” – Solskjaer says after Champions League defeat to Young Boys