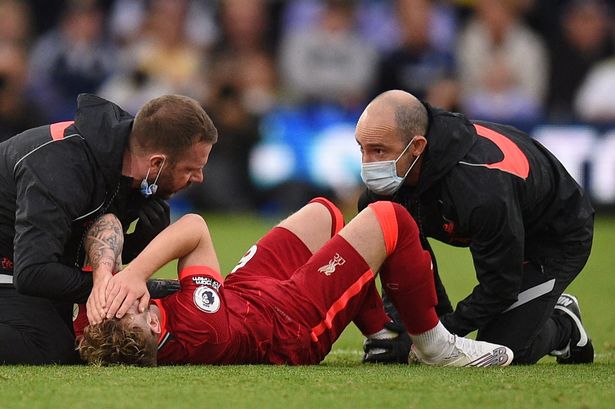 Harvey Elliott, in a post on Instagram on Monday, said he was “absolutely devastated” to have suffered the injury but is already focused on returning “faster, fitter and stronger”.

The 18-year-old was stretchered off and taken to hospital following a 60th-minute challenge by Leeds defender Pascal Struijk, during Liverpool’s 3–0 win against Leeds on Sunday.

“I’m of course absolutely devastated with what happened yesterday at Leeds, but have been totally overwhelmed by the love and support shown to me by the entire football world following the injury,” the midfielder wrote on Instagram.

“Thank you so much to everyone who has reached out or sent messages to me and my family, it means so much to us. Also a massive thanks to everyone inside Elland Road for the reception you gave me immediately after it happened.

“I am now fully focused on my recovery and will give everything in my rehabilitation to be back out there as soon as I can.”

Liverpool said on Sunday that the former Fulham teenager had been discharged from hospital but will need surgery in the coming days.