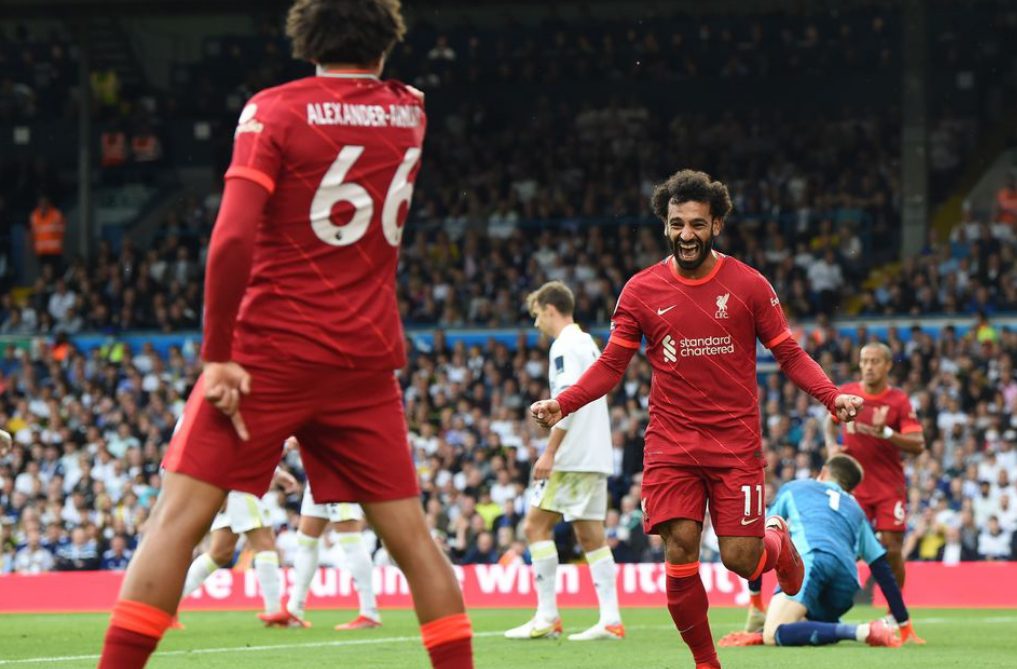 Liverpool registered their third win of the season with a fine 3–0 victory over Leeds United at Elland Road on Sunday.

Mohamed Salah struck in the first half to give Liverpool the lead before Fabinho doubled their advantage in the 50th minute.

However, ten minutes later, Harvey Elliot suffered a nasty injury after a tackle from Pascal Struijk, who was red-carded as a result.

Salah called for the medical staff and covered his eyes in distress. Elliott, who has featured in every game for Jurgen Klopp’s side in the Premier League so far this season, was clearly in pain before he was taken off on a stretcher.

Sadio Mane, in stoppage time, wrapped things up for the Reds, who head back to Anfield with maximum points.

Meanwhile, Leeds are still without a win in the Premier League after losing and drawing two of their opening four matches.

“I was so nervous, I swear,” Ronaldo admits after Man United second debut
“I told everyone lies” – Mourinho celebrates 1000th game like a ‘child’ [Video]
Change Language »