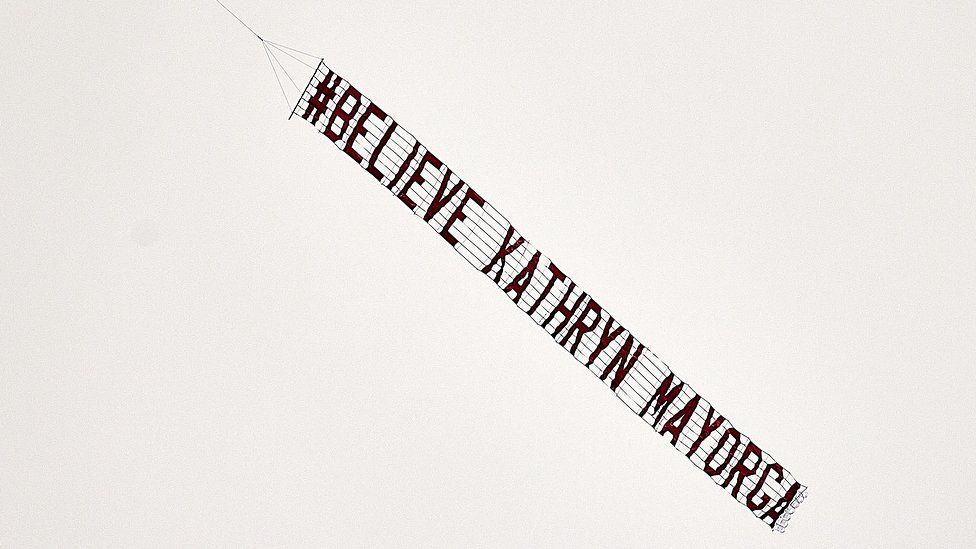 A banner supporting a woman who accused Cristiano Ronaldo of a sex assault was flown over Old Trafford during his return game for Manchester United on Saturday.

A plane with the banner “Believe Kathryn Mayorga” was flown after the start of the game against Newcastle United.

The Level Up feminist group said they wanted to “remind crowds” of rape allegations against the Portuguese.

Kathryn Mayorga said she was assaulted by Ronaldo at a Las Vegas hotel in 2009.

In 2019, US prosecutors said Ronaldo would not face charges. Ronaldo had denied the claims, but reached an out-of-court settlement with Mayorga in 2010, involving a £288,000 ($375,000) payment for agreeing never to publicise the allegations.

His lawyers have previously said the non-disclosure agreement was “by no means a confession of guilt”.

Ronaldo starred for Manchester United, with a brace in their 4–1 win over the Magpies.